In this blog post, I present my post-doctoral research within the DEMA project in which I examine the genealogy of home cinema and amateur moviemaking as early-twentieth century practices by means of an experimental media archaeological approach.

One of the objectives of the FNR-funded research project “Doing Experimental Media Archaeology: Practice and Theory” (DEMA) is to study the potential of hands-on experimentation so as to better understand and experience the materiality of old media technologies and their practices of use. For systematically reflecting on the methodological underpinnings of experimental media archaeology as an alternative and sensorial approach to media historiography, we experiment with both visual and auditory media. Whereas my colleague Aleksander Kolkowski focuses on early sound amplification technologies like compressed-air gramophones, I will focus on visual media technologies like early-twentieth century home cinema and amateur film devices.

A genealogy of home cinema

The term “home cinema” signals a ubiquitous phenomenon in today’s digital media culture. From (binge)watching films and television series on Netflix or via BlueRay video players to the screening and sharing of personal recordings on social media: the practices of making and watching moving images have turned into an increasingly popular and highly accessible form of domestic and family entertainment. From a media historical perspective, the popularity of home cinema can be traced back to the “video boom” of the 1980s, when the VCR domesticated as a media technology for users to record home videos, television programs and play rental videos on the television screen. Or to the 1960s and 1970s, when Super 8 film served as a user-friendly medium for the recording and screening of cinema and amateur films at home. Yet, home cinema practices go back even earlier. Already in the late-nineteenth and early-twentieth century, a wide variety of technologies apparatuses emerged which allowed for the recording and projection of moving images at home.

One of such technological apparatuses is the Kinora (1896-1914), a motion picture technology specifically designed for home use. Originally invented and patented by Auguste and Louis Lumière in 1896, the Kinora was an adapted version of the Casler’s Mutoscope (1894), which similar to Edison’s Kinetoscope (1889) functioned like an individual viewing machine. Like the Mutoscope, the Kinora viewer made use of a flipbook mechanism in which a series of paper-based unperforated photographs were attached to a wheel. By turning the wheel and looking through the viewer, one could watch the series of photographs in motion. Kinora viewers were manufactured in France (by Gaumont) and in Britain (by the British Mutoscope and Biograph company). Gradually, the Kinora evolved into a popular device for home entertainment. According to Barry Anthony, who reconstructed the history of the Kinora system in his book The Kinora: Motion Pictures for the Home 1896-1914, it was even “the most successful of the ‘home movie’ machines marketed in Britain before 1912”.1 In the 1900s, hundreds of Kinora reels were produced and it was even “possible to have your own ‘living pictures’ or ‘animated photographs’ made on a Kinora reel. Footage was shot at a studio in London and transferred to a Kinora reel”.2 From 1908 a special Kinora camera was released as well, which allowed families to make Kinora home movies themselves. 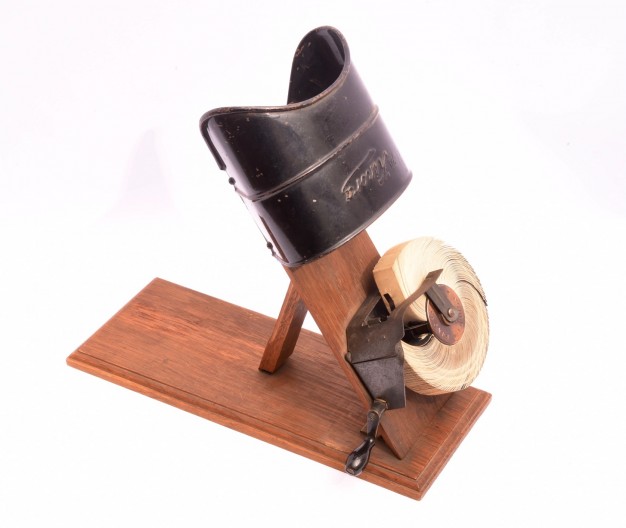 While there had been various attempts to produce suitable film equipment for domestic use in the 1900s and 1910s, home cinema gradually popularized as an upper middle-class family practice from the 1920s and 1930s onwards with the release of the 9.5mm, 16mm and 8mm “small-gauges” and their accompanying equipment. In 1922, Pathé introduced the 9.5mm film format together with the Pathé-Baby film projector, initially meant for the screening of reduction prints of professional films at home. In the following year, the company released a hand-cranked Pathé-Baby camera, which allowed for the recording of moving images as well. Almost parallel with Pathé, the Eastman Kodak Company introduced their 16mm film format in 1923, together with the Kodascope home projector and Ciné-Kodak film camera. In 1932, Kodak introduced the 8mm film format.

Pathé’s 9.5mm and Kodak’s 16mm and 8mm film formats were called “small-gauges”, because of their smaller film width compared to the 35mm “standard film” used by professional filmmakers. The release of the small-gauges and their accompanying equipment for domestic screening and recording of moving images arguably marked an important step towards the standardization of amateur film technologies.1  The small-gauges were not only more affordable, but also easier and safer to use at home. While the 35mm “professional” film stock made use of a highly flammable cellulose nitrate film base, the “amateur” 9.5mm, 16mm and 8mm small-gauges made use of cellulose acetate film instead, also called “safety film”.

From the mid-1920s onwards, the increased domestication or appropriation of amateur film technologies at home not only resulted in a growing popularity of home cinema, but also led to the development of a new form of “kino amateurism”. Various amateur film handbooks, periodicals and cine-clubs emerged which promoted the practice of amateur filmmaking as a serious leisure and hobby. Amateur filmmakers were stimulated to explore new “filmic techniques”, such as the making of a scenario, film titles and montage, and to explore new genres, including the amateur fiction film.2 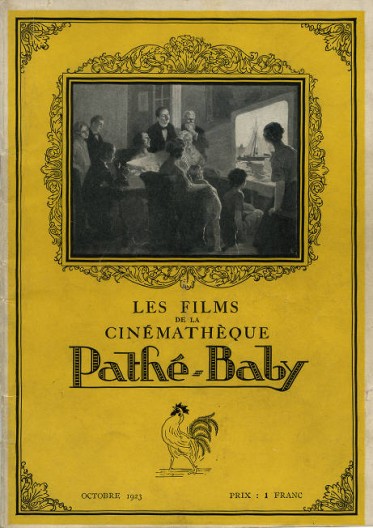 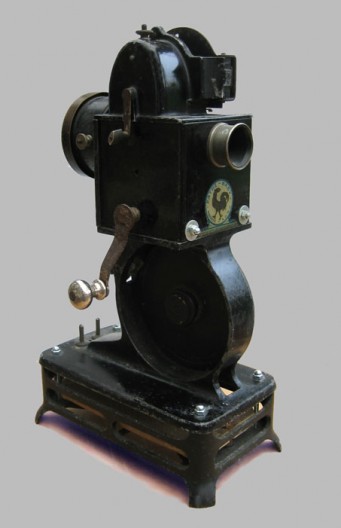 In my study, I will examine the genealogy of home cinema and amateur moviemaking by focusing on how families used to watch, record and share moving images at home during the first three decades of the twentieth century. I will conduct various media archaeological experiments with the Kinora and small-gauge film equipment to provide a better understanding of the technologies and user practices of early-twentieth century home cinema and amateur moviemaking. The aim of the experiments is to explore the materiality of the Kinora and small-gauge film technologies as historical objects in use in order to better understand their functionality (in the basic experiments), technological affordances (in the technological experiments) and performative qualities (in the performative experiments).

Doing hands-on experiments and historical re-enactments with original media technologies in various phases of the moviemaking process – from preparation and recording via processing and montage to screening and archiving – allows me as a media historian to move beyond conventional historiographic approaches in which scholars have been exploring home cinema and amateur film histories before. The aim of the experiments is so to bring forward a new perspective on historical media practices, namely the perspective of the “re-enacted user”. Unlike the perspective of the “configured user” (represented by advertisements as historical sources) or the “amateur user” (represented by the amateur periodicals and handbooks as historical sources), Andreas Fickers and Annie van den Oever argue, the perspective of the re-enacted user can become manifest through historical re-enactments and hands-on experiments with media historical artefacts.1

While the heuristic potential and value of experimental and hands-on approaches in media historiography has already been exemplified in various academic projects and publications, the question of how to turn hands-on approaches into a methodology for media historical research has not yet been systematically investigated.2 Hence, this study aims to contribute to the overall objective of the DEMA research project to reflect on the methodological underpinnings of experimental media archaeology and to develop a best practice guide on such a practical and sensorial approach to media historiography.

For more information about the DEMA research project, see: https://www.c2dh.uni.lu/projects/doing-experimental-media-archaeology-dema-practice-theory and https://twitter.com/dema_c2dh

Report of the international conference that took place on 8 & 9 September in the Science Center, Differdange.
Forum Z

On 7 September, the Kulturfabrik in Esch-Alzette became the stage of a hands-on media archeology performance.