In this hybrid De Gasperi seminar, Elena Rodica Danescu, Fernand Braudel Fellow at the History Department of the EUI, will present her research on small States diplomacy and the role of Luxembourg in European integration. Giovanni Farese of the European University of Rome will act as discussant.

With a total area of 2,586 km2 and a population of 645,397 inhabitants (January 2022), with a peculiar geopolitical and historical situation – a multicultural and multilingual nation neighboured by France and Germany – the Grand-Duchy of Luxembourg is one of the smallest countries in Europe, and ranked 176th in size – but the 1st in terms of wealth (with a GDP of 114 370 € /capita) – among the 195 independent states around the world. For the country, adopting an international outlook both for reasons of security and to give itself access to larger markets, had always been a sine qua non. After the Second World War, in line with its new strategic choice Luxembourg resolutely set out on the road to international multilateralism and European integration, being in 1951 one of the six founding members of the European Coal and Steel Community (ECSC), and in 1952 - the workplace of the newly established European Community institutions. Since then, Luxembourg has played and continues to act as a mediator and a force for ideas in the EU, either as a member State, or through some of its leaders (including Joseph Bech, Pierre Werner, Gaston Thorn, Jacques Santer, Jean-Claude Juncker).

Based on a wide range of sources from public and private archives, this presentation aims to illustrate how the Grand-Duchy had become a master of small states diplomacy and a consensus builder in the European integration history, and to demonstrate that the influential nature of its leadership gave Luxembourg a role that far outweighed the country’s socio-economic impact. 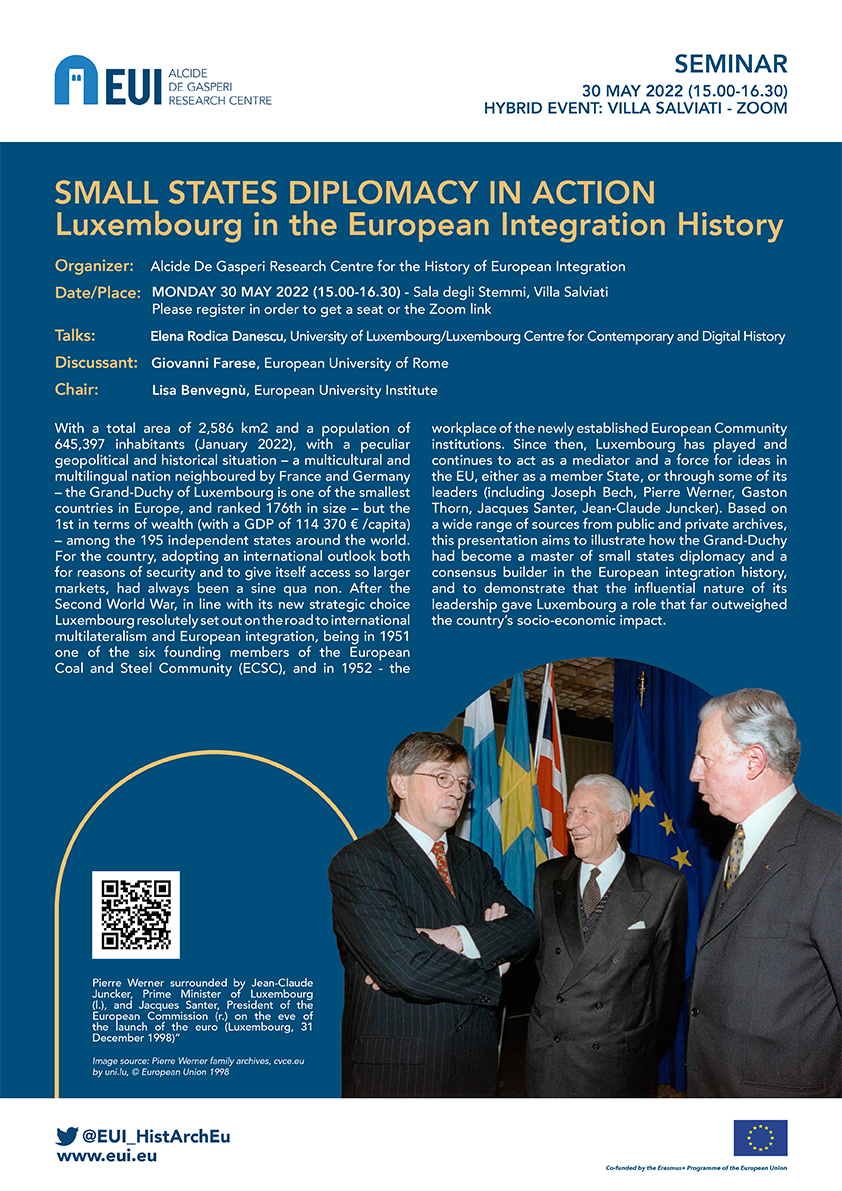