The Gap and the Future: COVID-19 and (Digital) Collecting
MENU
Public history

The C²DH COMEM research group (the people behind covidmemory.lu) organised a round table discussion, inviting people in Luxembourg who are maintaining collections on how the country’s residents have experienced COVID-19. The aim of the round table was to bring together various national players so that they could present their collections and motivations. The participants shared experiences and openly discussed the problems and limitations of their approaches. Equally important was the creation of an informal network to envision future cooperation among the different institutions and individuals.

The twelve discussants addressed a number of issues during the round table. Two main concerns offered me a basis for further reflections.

Most collection projects are structured in a manner that runs the risk of obscuring some dimensions of the topic they aim to document. First, some groups of people remain under the radar. Most notably this includes patients, children and adolescents, and individuals who continued to work during lockdown (for example in supermarkets). Second, certain kinds of experiences do not appear in the collections. Very few entries document negative emotions, such as negation and protest, or conspiracy theories. Similarly, it is difficult to grasp interpersonal and social experiences that transcend the material and tangible: how did COVID-19 affect individual behaviour, for example when meeting families and friends? Precisely what aspects of the crisis are depicted in the countless photographs of empty streets or car parks? Third, the disease (and I could add: the virus) is largely absent from most collections.

These observations are maybe not so surprising. As a historian, I am familiar with these and similar gaps in source material. So, are we repeating the omissions of archivists past with covidmemory.lu and the other collections presented at the round table? The answer, I’m afraid, must remain open, but reflecting on the collection processes certainly sharpened my awareness of the challenges that the job poses.

The gap regarding the disease and its biology is probably the least problematic one. Historians of science and medicine have long fruitfully engaged with handbooks, journal articles, conference proceedings and similar sources from the natural sciences. Sketching out debates and pointing out inconsistencies, they are able to tell the history of how knowledge is created and contested and what it means at different points in time.8 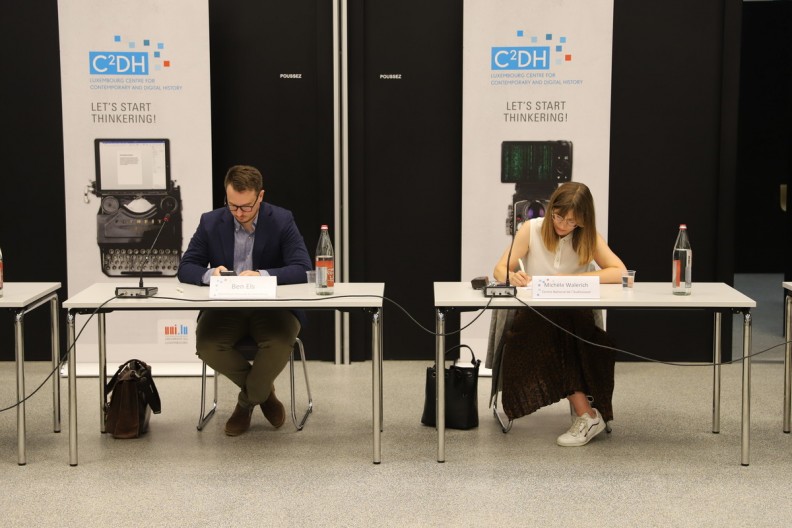 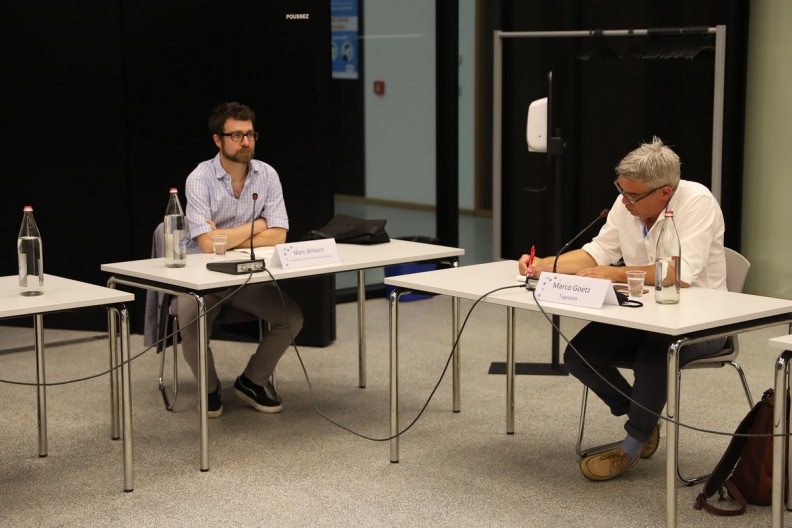 The question of whether these collections misrepresent the individual and collective COVID-19 experience as too positive is a more complicated one. The content itself, for instance, raises analytical questions as to the interaction between (social) media and the platforms’ contributors/users. Why does the pandemic seem to foster an aesthetic and imaginary of the idyllic, to which professional and lay photographers alike succumb? Why the recurrent and frequent submission of entries about (the manufacturing of pretty) masks? One might expect that social media could correct that state of affairs to some degree, especially when it comes to the representation of conspiracy theories or protests. Participants in the round table pointed out, however, that there are technical and legal problems in archiving videos or photos from Facebook, while others claimed that Twitter is somewhat unrepresentative.

One option to fill some of these and other gaps is to collect more actively and target specific groups, as with the C²DH’s “Yes We Care” initiative and the neighbourhood interviews by journalist Marie-Laure Rolland. It is clear, however, that such approaches require considerable resources. Finally, it is fair to argue that studies on collective and individual memory or histories of everyday life and similar endeavours will benefit from the digital collections presented at the round table.

The fact that the collections do not adequately represent all members of society is, of course, a problem that they share with all archives. Historians of medicine continue to struggle to find the “the patient’s view”.1 Even those responsible for collection success stories like the Hurricane Digital Memory Bank report that it was “difficult to convince people that their Katrina stories, though not dramatic, are worth recording”.2

It is plausible that some of the gaps will be narrowed once the retention period of archives (e.g. of the police or child-welfare institutions) has expired. Others might be filled after some time has elapsed and people feel ready to come forward. It may take time for those who experienced the disease or other difficult times during the crisis to feel ready to share their thoughts and memories. At that point, historians will also be able to combine various kinds of sources.

So maybe passive collecting via digital channels actually widens the representative gap, despite its intentions of doing the opposite. Active collecting through more conventional but more open-ended oral history approaches, on the other hand, is not without its own problems and challenges, for example when it comes to resources or power structures.

2. Why are historians concerned about the future?

The second set of concerns that came up repeatedly during the round table can be subsumed under this somewhat provocative question. The collections on their own, but probably even more so when merged, speak to the future as they work to produce a collective memory. That is what makes the historian in me a little uneasy. Instead of deconstructing, uncovering and analysing a collective memory, I am creating one more actively than I would normally do. A more positive and constructive point of view is that digital collecting widens not only the audience, but more crucially the sorts of questions that (future) historians ask; something that is still relatively new territory in the history of medicine.3 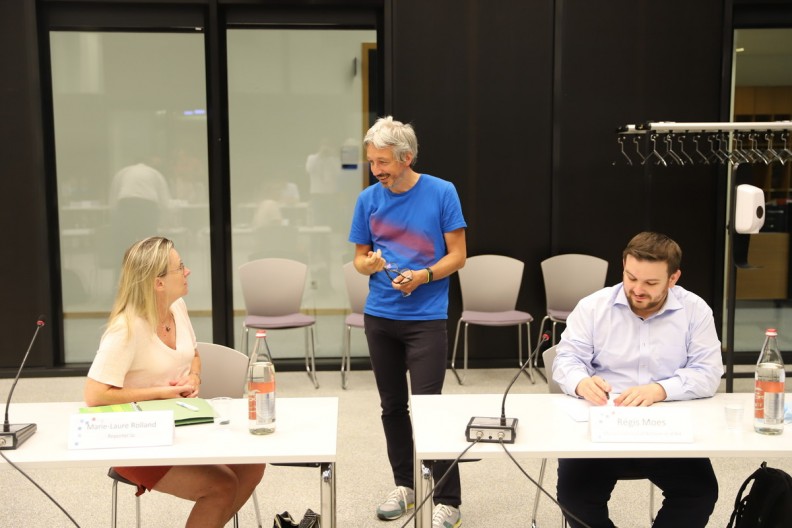 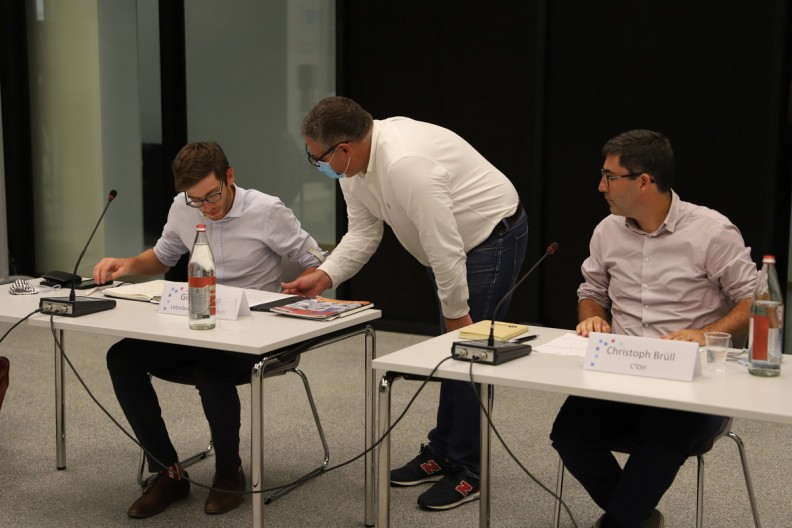 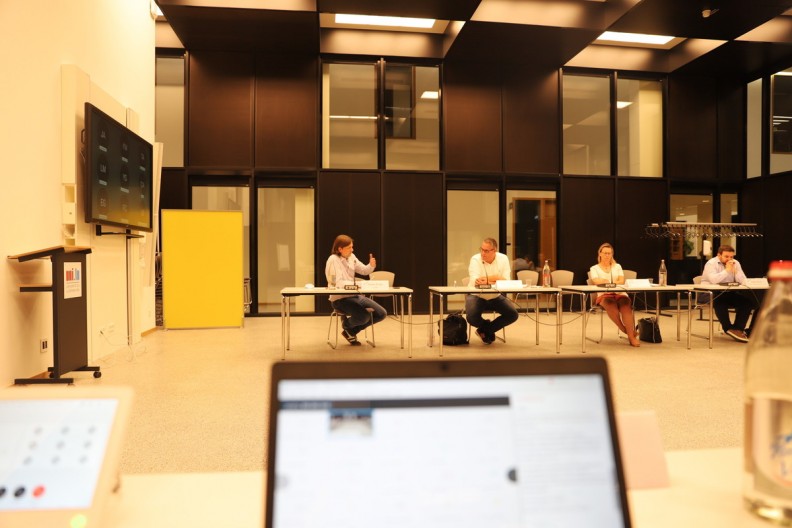 One danger of assiduous collecting on COVID-19 is that it can suppress other issues and stories that might be of greater interest in the future (climate change, for instance). Besides collecting more actively and in a target-oriented way, a common strategy to minimise this risk is to collect as broadly as possible. This Puerto Rican initiative that connects disaster responses and memories with cultural heritage is a further example of such an approach.

Some participants at the round table argued that time needs to pass and that curators and researchers need to gain some distance before being able to organise exhibitions or perform a historical analysis. Conversely, there is also undoubtedly an argument to be made that an initial analysis should be performed now, without the benefit of hindsight (if hindsight really is a benefit). But would we then still be practising history?

Indeed, G. Lachenal and G. Thomas1 question the validity of hindsight when it comes to commenting on the present. Identifying differences and similarities between COVID-19 and the plague, the Spanish flu or HIV does not change the former; it does not lead to better strategies and tends to enforce categories that might be obsolete. Rather, we should remind ourselves how COVID-19, like most major epidemics, changes the past: by altering our understanding of (medical) history. Like most major epidemics, COVID-19 will leave traces in buildings, institutions and collective memories.2 Historians who leave traces for the future: maybe that’s what is truly remarkable about the practice of digital history in these times.

The C²DH is proud and happy to announce that Prof. Mark Tebeau will join as visiting public history research fellow in 2022.
News