Exhibition “Between Shade and Darkness”

Created by the Musée National de la Résistance, the exhibition ‘Between Shade and Darkness. The fate of the Jews of Luxembourg between 1940 and 1945’ will be displayed at the Maison du Savoir with the support of the C²DH.

The exhibition "Between Shade and Darkness" from the Musée National de la Résistance tells the story of the fate of the Jewish population of Luxembourg in the years before, during and after the Second World War. It presents the chronicle of events in a small European country, underlines national specificities in the pan-European history, in the general planning, organization and implementation of the Holocaust. The exhibition addresses the influence of Jewish culture on Luxembourg, which in the second half of the 1930s became the elected exile of many Jews, mainly from Germany. It also talks about the failed integration and isolation policies of the Grand Duchy. With the German Reich's invasion of the country on 10 May 1940 and the subsequent de facto annexation, National Socialist Jewish policy began: first exclusion and discrimination, then dehumanization and deportation to the ghettos and extermination camps.

In addition to the terrible crimes, however, the exhibition also deals with the escape networks that allowed many Jews to leave Luxembourg and Europe until summer 1941.

It was not until the 2010s that the fate of Luxembourg's Jews was effectively evaluated. The recognition of all the sufferings endured cumulated in the formal apologies of the government and parliament in 2015.

Visit this bilingual exhibition (German and English) from January 27 until 25 February at Maison du Savoir (Hall, Monday to Friday from 8am to 5pm). 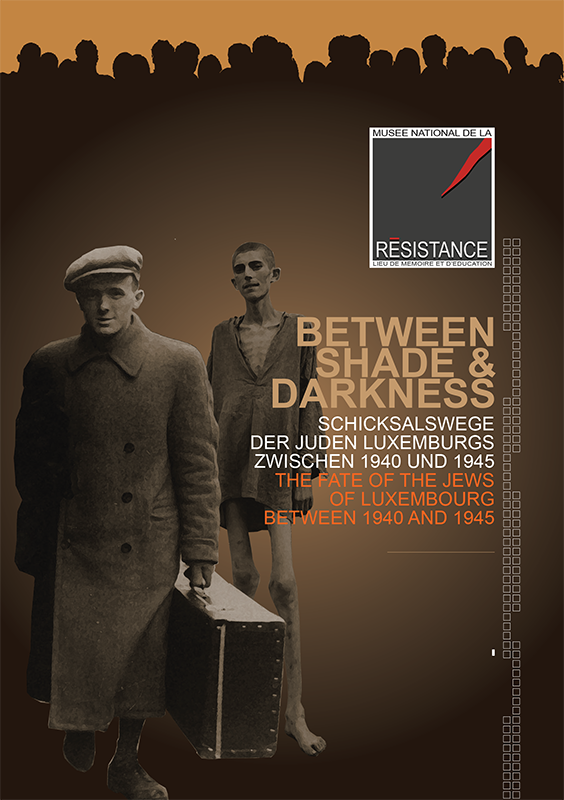