Presentation of the WARLUX project at the Society of Military History Annual Meeting in Fort Worth/Dallas, Texas
MENU
Contemporary history of Luxembourg

The Society of Military History (SMH), founded in 1933 as the American Military History Foundation, held an annual meeting with over 30 panels, roundtables and discussions. The SMH is dedicated to promoting and expanding the study of military history. Its members (now more than 2700) include many of the world's most prominent scholars, soldiers and citizens interested in military history. This conference is an opportunity to meet other historians worldwide, but especially from the U.S. The 2022 annual meeting was held in a hybrid format in the humid heat of Fort Worth, Texas and is the most important and largest military history meeting in the world. Texas has a unique military history marked by colonial expansion, annexation, territorial wars with indigenous tribes and the struggle for independence, such as the famous Battle of the Alamo (1836). It is no wonder that the SMH chose Fort Worth in the heart of the "Lone Star State" as the venue.

The organisers welcomed the participants with a dinner at a ranch in the Stockyards. After BBQ, brisket and TexMex, the conference began with an opening speech by President Dr Peter Mansoor. 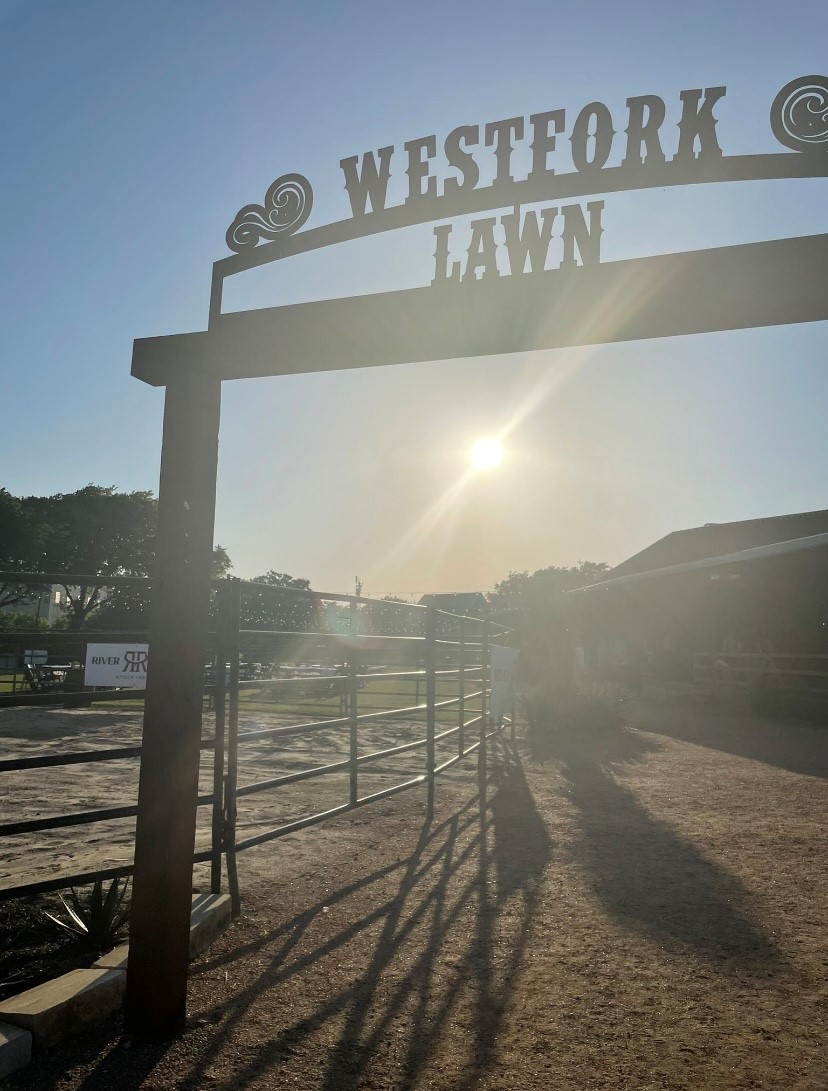 The topics of the conference were as diverse as its discipline. The presentations ranged from ancient times to today's wars and conflicts, military strategy, war crimes in the Second World War and soldiering in civil war. Together with colleagues from Israel, the U.S. and Great Britain, I could contribute a joint panel on "Transnational Soldier Experience – Biographical approach to soldierly experientiality." Together we exploreed the multi-perspective and diverse war experiences of soldiers in the armed forces throughout different regions and periods. While the military leaders in the Middles Ages paid mercenaries to fight, after the introduction of the national military mobilisation ("levee en masse" in 1793), armies often used volunteers (citizens and foreigners) in their services. In 1812, Napoleon marched with his Grande Armee to Russia with more foreigners than Frenchmen. During World War One, troops from India and other colonies, the Spanish Civil War attracted over 40.000 foreigners. Recruitment, voluntary, forced, or incentivised, became eminent in the 19th and 20th centuries. The German troops of National Socialism alone attracted more than two million foreigners (not ethnic Germans or citizens of the German Reich) from over 40 countries. These foreigners wore their uniforms, carried out their orders, risked their lives and died. Not only in the Second World War did every soldier and combatant, whether willingly, forced or pushed, carry his (or her) cultural understanding and behaviour, political and religious beliefs, and foreigners encountered cross-cultural transfers and collisions within military organisations. As volunteers or conscripts, foreign soldiers have been studied mainly from an organisational and military history perspective; this Panel focuses on the individuals, the combatants, and the soldiers themselves. By choosing the biographical approach, the focus is on the individual and their path of action during the war. The papers shed light on their roles and positions during a war, their perception of the mission and the consequences of being a soldier (exercising power over others, their relationship with the locals, killing, danger of being killed).

Within this framework, the presenters and I introduced an actor-centred approach by focusing on ego-documents, like letters, diaries and memoirs, to observe the military experience of the actors, the foreign soldiers, as they moved, lived, fought and eventually died. The lens of transnational history is an effective tool for understanding the diversity of soldierly identities and their impact on local and the own (national) society and identity.

Our panel was moderated by Zachary M. Matusheski (Jackson Foundation for the Advancement of Militar Medicine) who connected the hybrid mode between the US and Israel.

I began the panel in presenting my research for project WARLUX. The project is a unique example of the soldierly experientiality of transnational soldiers. Over two million foreigners served in the Wehrmacht and the Waffen-SS ranks. They came from various occupied territories and war zones or even from uninvolved and neutral countries like Spain and Switzerland. These men had a significant impact on the war itself and how it was experienced and conducted. How these men from more than 40 countries  experienced the war in German uniform as transnational soldiers remains a black box.

In my presentation, I traced the experiences of these soldiers, focusing on those who came from Luxembourg to frame the European experience of war from a new perspective. After the occupation of Luxembourg by Nazi troops, more than 10,000 Luxembourgish men were conscripted into the Wehrmacht. The Luxembourgers were considered ethnically "Germanic" by National Socialist ideology and were drafted into the German army. However, most Luxembourgers did not identify themselves as "Germans". Their identity and loyalty to their state, culture and language remained intact throughout the war. Forced and threatened by the Nazi regime of terror in their homeland, over 10,000 followed orders and joined the Nazi forces. Many others hid before the draft could reach them or joined the resistance. Others deserted during their leave and did not return to their troops. The military leadership reacted by distributing the Luxembourgers among the troops of German origin and deliberately transferring them to the Eastern Front. I analysed their identity in the Nazi army, adaptation, integration, and the differentiation of their (national/regional) identity from ethnic Germans. I shed light on their self-image of fighting and their performance in the military system. I focused on their definition of masculinity and fighting spirit in my talk. This includes an analysis of their emotions, such as the fear of dying, killing and their morals. This biographical approach draws on the actors and the first-person documents of these groups of soldiers, who have not been studied from this perspective before.

Richard S. Fogarty (University at Albany (SUNY), spoke about War, Captivity, and Everyday Experience: North African POWs during the Great War and emphasised the content of the letter-writing of the North African POW in German captivity during WWI. He mentions the Everydayness, the soldier's experiences, being in a foreign culture and country, met discrimination based on their religion or skin colour. Millions of letters flowed between the battle and home fronts between 1914 and 1918, and the French military and political authorities made facilitating this correspondence a high priority. All too often, colonial subjects in uniform could not participate in a similarly robust communication with those they left behind when they went to war—distance, illiteracy, and ill-developed communication infrastructure all conspired to make the exchange of letters difficult.

Isabella Ginor and Gideon Remez, (Truman Institute (Hebrew University of Jerusalem), presented  Internatsionalisty and "Soldiers of Allah". Interaction between Soviets and Egyptians in Their Joint War against Israel  individual memoirs of Soviet servicemen posted between 1967 1973 in Egypt. For all of them – as well as the officers' wives and other camp followers – it was a unique opportunity to experience interaction with counterparts from a radically different society and culture and test their ideological indoctrination. Their memoirs and other publications provide a rich and authentic illustration of the conflicting attitudes that resulted from the contrast between the Soviets' sympathy for comrades in the "struggle against imperialist aggression" and their disdain for the Egyptians' undeveloped class consciousness, religious beliefs, professional incompetence, material backwardness, frequent corruption and perceived cowardice. They showed a complex relationship, at all levels, from ordinary soldiers and civilians to the highest echelons of military and political leadership during this period.

Kyle J. Anderson (SUNY Old Westbury, Dept. of History & Philosophy) presented White Officers, Racialized Laborers, and the Production of Space in the Egyptian Labor Corps during the First World War and explored interactions between white officers and racialised labourers who handled military logistics during the First World War (1914-1918). As a case study, it focuses on the Egyptian Labor Corps, which brought hundreds of British officers into concrete relationships with hundreds of thousands of young men from Egypt. He showed how imperial wars brought people together while at the same time inventing a variety of techniques to keep them apart. Ideas about the racial order of the late imperial age influenced representations of Egyptian labourers in the many letters home and diaries. While cultural historians have recently reinterpreted the First World War as a cultural encoubyrough analysing the representations embedded in texts, images, songs, and objects, a biographical approach pays close attention to lived experience brspace issuesspace to the fore.

After the presentations, Lisa M. Mundey (Norwich University) contextualised and thoroughly commented on the single presentations. 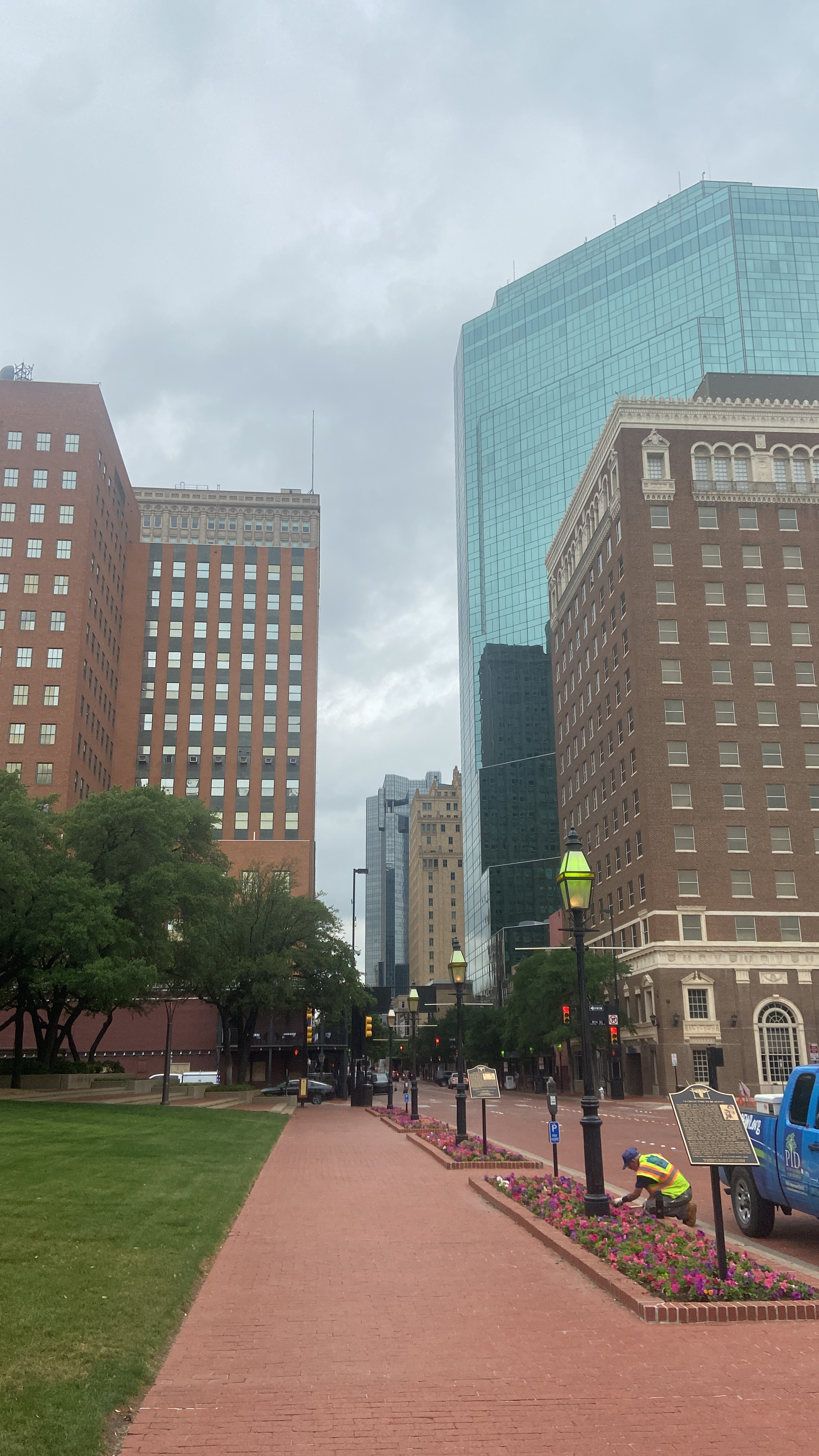 I have received appreciative feedback and valuable questions from many colleagues, especially about the identity and forced "Germanness" and the value of the Luxembourgish identity of Luxembourgish recruits during the war. The war letters and the new digital collection from Project Warlux that the team and I have collected over the last year help deepen the topic and contribute to Luxembourg's history of the Second World War.

The panel and my contribution showed the power of the biographical study and sources, e.g. ego-documents as a powerful source, the object of study to get an individual perspective on the soldiers.

I discussed similar issues to the WARLUX project, e.g. service and sacrifice of soldiers, issues of citizenship and service of other nationals in the armed forces or minorities serving in the US armed forces, such as Native Americans (who were discriminated against until 1920). Here, questions arose for the WARLUX project about service in other armies: who is enlisted and why, what was the treatment of these soldiers in the army, etc.? One speaker contributed an impressive idea: Geogeroy Lande approached the experience of military service by analysing the emotional expressions and individual experiences of soldiers. He used the IBM supercomputer analyse transcribed texts of trials of deserters in the American Civil War. He examined the statements of the accused soldiers according to their "emotional" impressions, such as anger and sadness. Lande wanted to immerse himself in these men's individual feelings and war experiences by using the soldiers' personal statements. I will keep this idea in mind to find out more about the individual experiences of Luxembourgers.

I want to thank the FNR for the unique opportunity to present the WARLUX project and our research in an international environment and receive appreciation and helpful feedback for further study.

The research is to be continued.

Contemporary history of Luxembourg Archives WW2 Conferences WARLUX - Soldiers and their communities in WWII: The impact and legacy of war experiences in Luxembourg

Impressions of building a community around people working on the digitization of historical ‘egodocuments’ using Transkribus.