An international conference on “Strategies of Blockade. Access to Archive Records in France and Germany in an International Perspective” took place in January 2022 in Paris. Researchers from the C²DH presented the current archive situation in Luxembourg and its impact on research in contemporary history.

The organising team for the international conference welcomed the participants to the iconic building of the German Historical Institute in the Marais district in Paris. The aim of the conference was to discuss access to archival records in Germany, France and other European countries, exploring legal, administrative and practical research aspects under the broader heading of “strategies of prevention”.1

Access to archival records does not seem to be a matter of course. In recent decades, the European archival landscape has become an increasingly tense political environment. Taking examples from Germany and France, complemented by other European experiences, the conference organisers wanted to examine and analyse the current situation with regard to legal norms and administrative and practical restrictions on access to archives.

A recent case in France exemplifies these difficulties and highlights the crucial position of archives, the state, society and researchers. The announcement of the closure of files that were supposed to be freely accessible mobilised historians and lawyers to intervene together. Because of the new measures, research on the Algerian War by historian Raphaëlle Branche was considerably delayed, with access to many archives now blocked for state security reasons. This case is exemplary and illustrates the deep rifts between the state, archive organisations and users.2

Participants from various backgrounds and countries came together in Paris to discuss the many aspects related to this issue: normative aspects (legislation and executive orders regulating archive access); administrative aspects: limitation of access and procedures above and beyond archive laws on the basis of competing rights that are worthy of protection and are usually subject to administrative decision-making (especially confidentiality, copyright and privacy rights); practical aspects: reduced archive services (digitisation, opening times, provision of documents), staff reductions, etc.

Notwithstanding issues concerning administrative and legal regulations and state secrecy, access to archives related to demands for restitution and compensation for violent and/or colonial pasts is crucial and necessary for historians, journalists and above all those affected. International experts, historians and lawyers discussed the archival turn and the archival crisis, especially following the fall of the communist regimes in the GDR (Annette Weinke, University of Jena) and Romania (Ion Popa, University of Manchester). 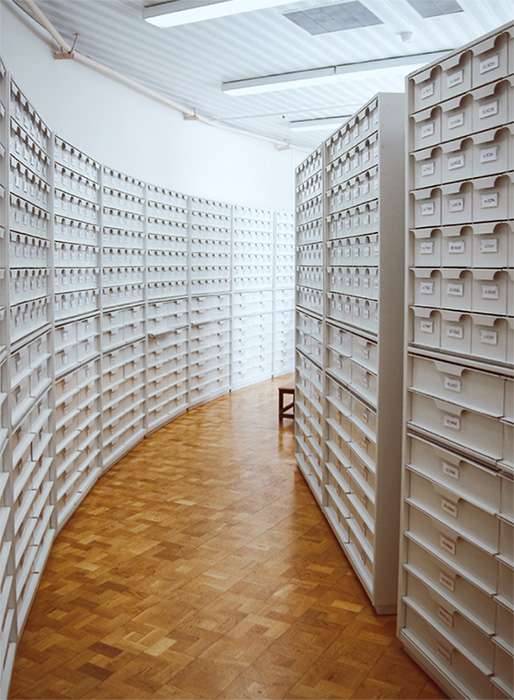 Mikuláš Čtvrtník (State Regional Archives, Prague) gave a presentation on access to archives in the Czech Republic in which he discussed tools restricting access, personal rights and privacy protection. Two representatives from the C²DH, Christoph Brüll (Assistant Professor in Contemporary European History) and Nina Janz (Postdoctoral Researcher for the Warlux project), then spoke about the current situation with regard to access in Luxembourg with a presentation entitled “Tensions between freedom of information and data protection: The 2018 Archive Act and contemporary historical research in Luxembourg”.

In Luxembourg, an Archive Act came into force in 20183 after years of negotiations, but unfortunately archive users were excluded from these talks. The act governs how Luxembourg will deal with the process of archiving sources from ministries and administrations, thereby creating a framework for a regulated delivery and archiving policy and the necessary deployment of trained staff in state and municipal administrations. The text of the act is remarkably similar to federal German and Belgian provisions on access to archives. The general protection period of 50 years is significantly longer than in most countries. In contrast, the 75-year retention period for files containing personal data on paper is shorter than in neighbouring countries. The interpretation of the act by the National Archives and ministerial administrations has since given rise to several parliamentary questions and press reports criticising restrictive access practices and long processing times for applications to reduce the protection period.

Strict retention periods have significantly hindered academic research involving access to documents from the Second World War. Contemporary historical research on the period from the 1960s onwards based on sources stored in the National Archives is barely conceivable. The 2018 Archive Act does not apply to municipal archives, so there is a great deal of uncertainty and a lack of awareness as to how best to archive and make records available in an orderly manner. For example, there is a lack of user regulations and professional search tools. Researchers wishing to access records must conclude a kind of data protection contract (“Convention de mise à disposition d’archives et collections”) with the relevant municipality in which each document is listed. Since the issues with the act and its implementation have come to light, various possible solutions have been regularly discussed but not implemented. There is a suggestion that decisions on the shortening of protection periods should be placed in the hands of the National Archives. This would require agreements between ministerial administrations and archives, like in other countries.

A process of development is under way in Luxembourg and will require agreement between state representatives and archive “producers”, archival bodies and research facilities such as the C²DH. In the meantime, however, there has been some movement on the issue: at least at the political level, there has been growing awareness that a problem exists. The conference demonstrated the need for discussion and for greater awareness of the multiple problems and difficulties involved in accessing archives and records – which is of course crucial, both for a democratic and transparent state and for independent and fact-based research in the historical sciences.

Witnessing the Now: Challenges for Emergency Archiving and Oral History following the Russian Invasion of Ukraine

Report of the workshop held on 23-25 November 2022 at the C²DH, University of Luxembourg.
Thinkering

A short report of the 2nd ‘War Letters’ workshop in Belval, Luxembourg.