"Shaping the Europe of the future" in pictures

The main auditorium of the University of Luxembourg was filled to the last seat for the conference “Shaping the Europe of the future” organised by the C²DH, with the European Commission Representation in Luxembourg and their partners on 13 October.

Full house, lively debates and – most of all – Europe were on the agenda of this 13 October at the University of Luxembourg

Guest speaker Jean-Claude Juncker, President of the European Commission, opened the conference “Shaping the Europe of the Future” giving his view on the current state of the European Union, its achievements and its challenges for the future. After his lecture, students sitting in the audience were given the opportunity to address their questions directly to Mr. Juncker.

The event was streamed live and many people joined the discussion on social media. 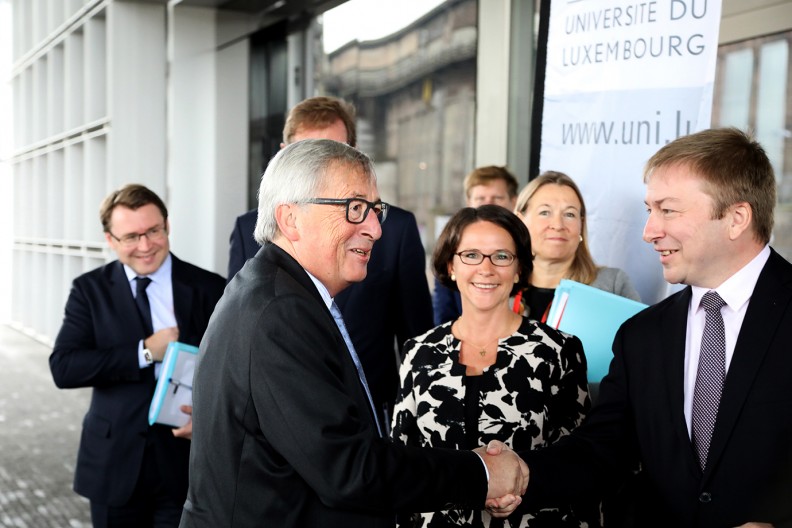 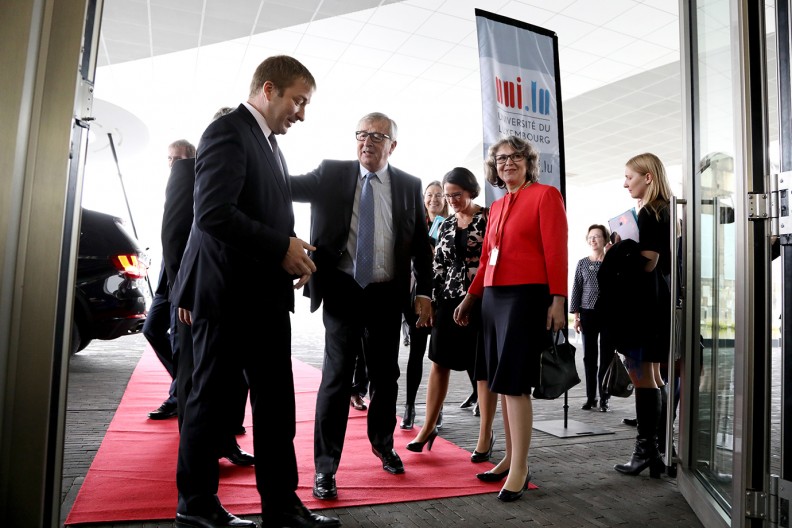 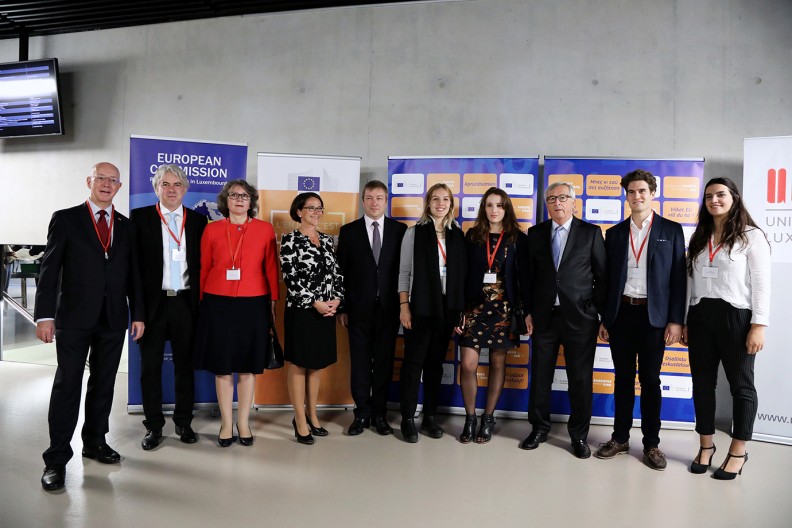 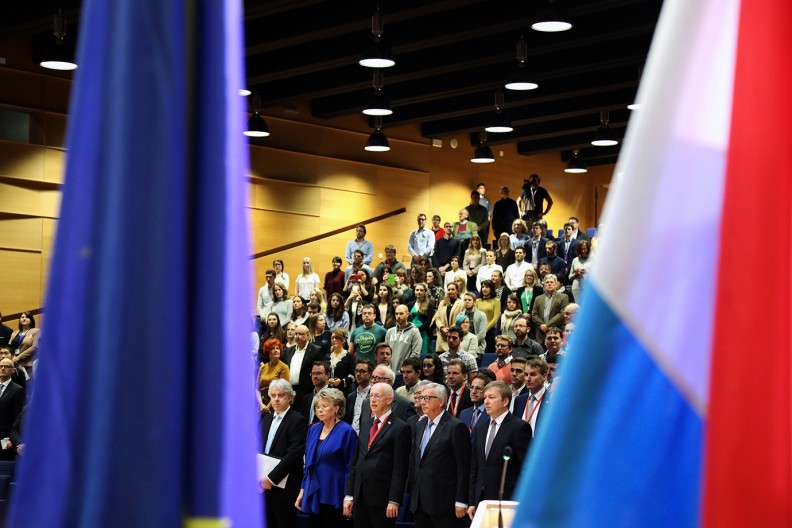 Opening of the event: European anthem 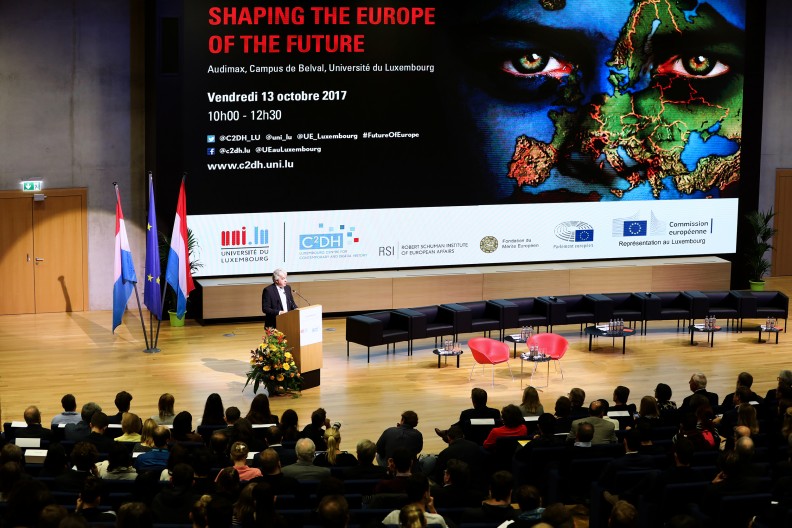 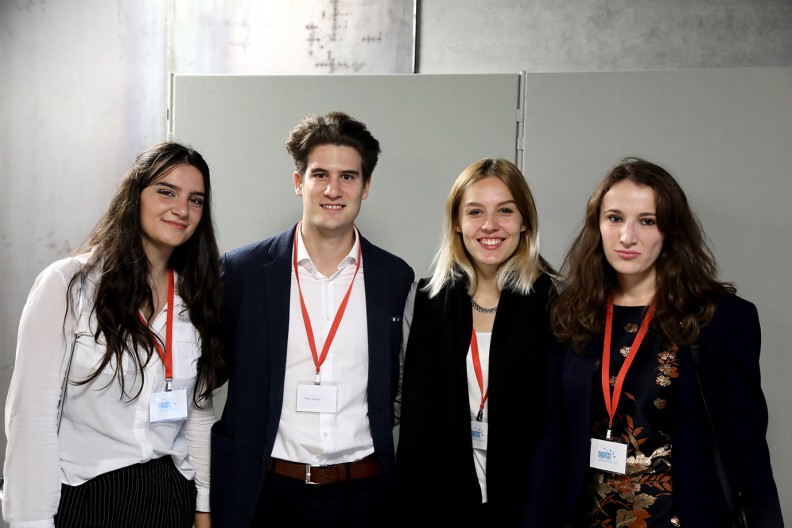 Mariana Matos Rodrigues, Max Leners, Mara Kroth and Tita Otilia-Ioana, students from the University of Luxembourg participating in the round table 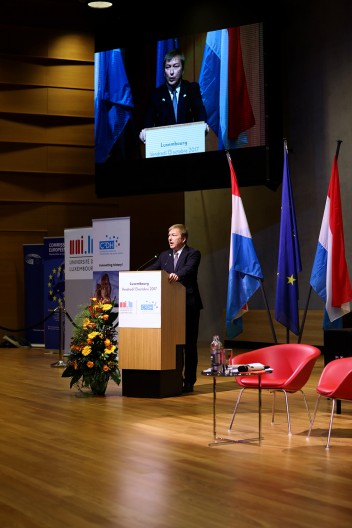 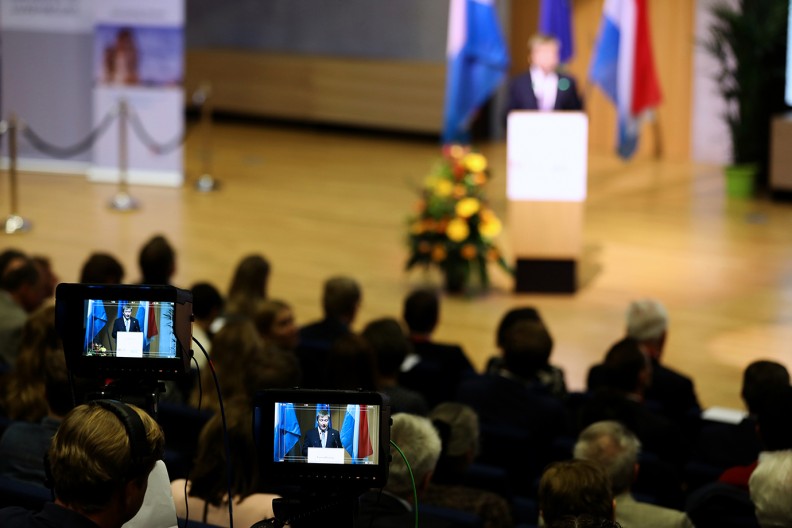 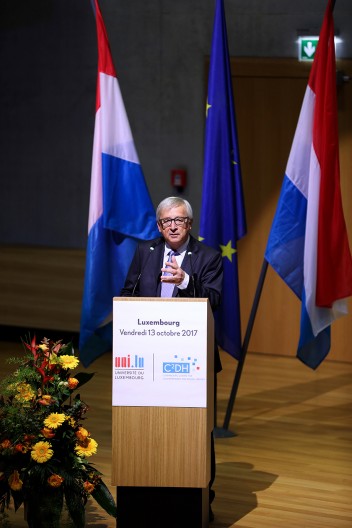 Lecture by Jean-Claude Juncker, President of the European Commission 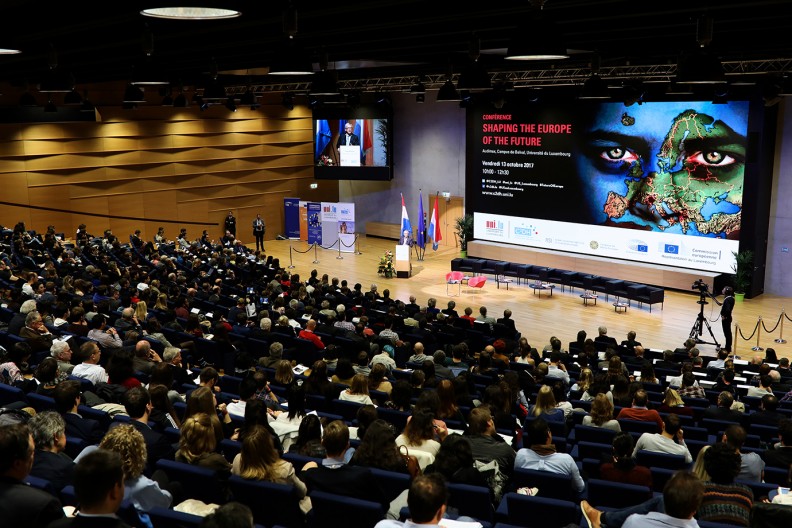 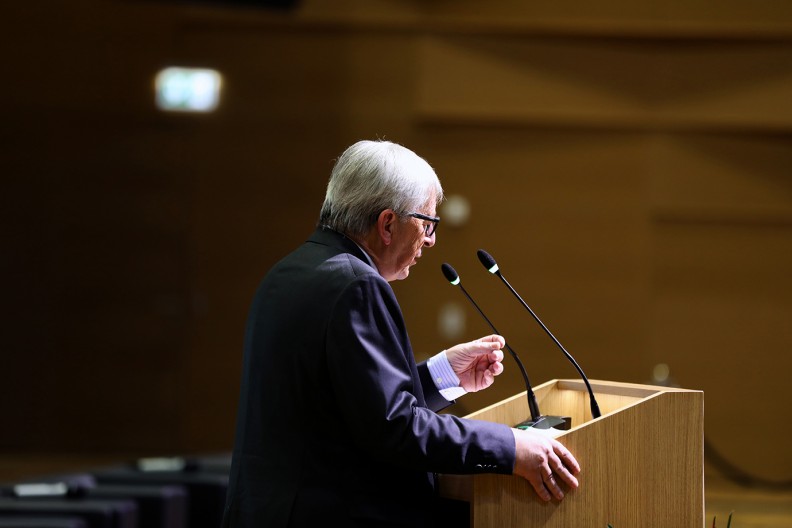 Mr. Juncker expressing his view on the Europe of today and tomorrow 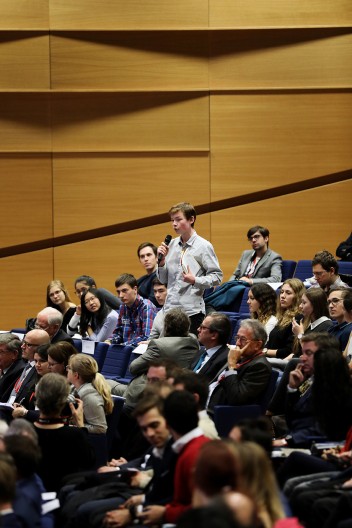 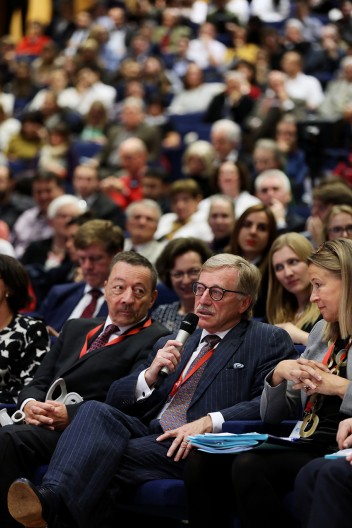 Yves Mersch (Member of the Executive Board of the European Central Bank, former President of the Banque centrale du Luxembourg) 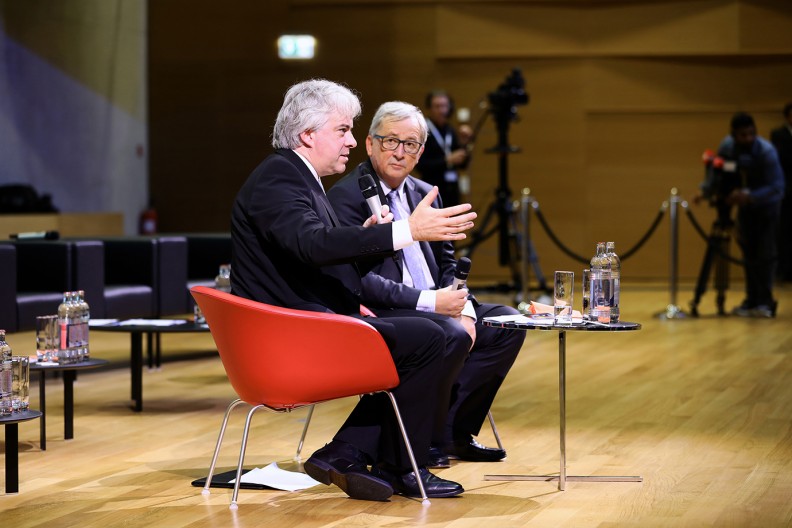 Prof. Fickers and Mr. Juncker in discussion with the audience 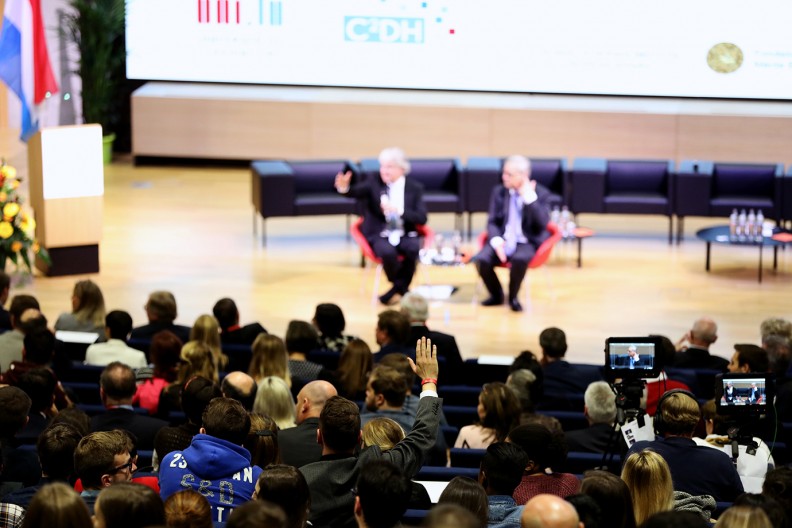 Lively debate with many questions 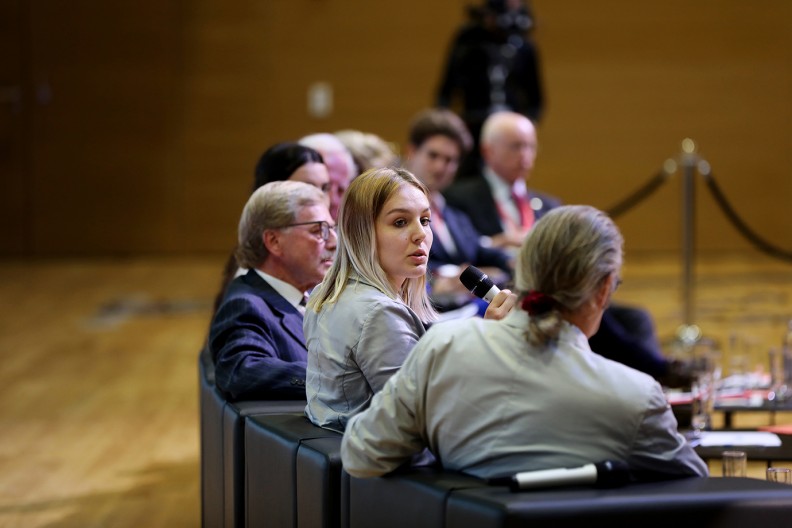 Round table with students from the University of Luxembourg 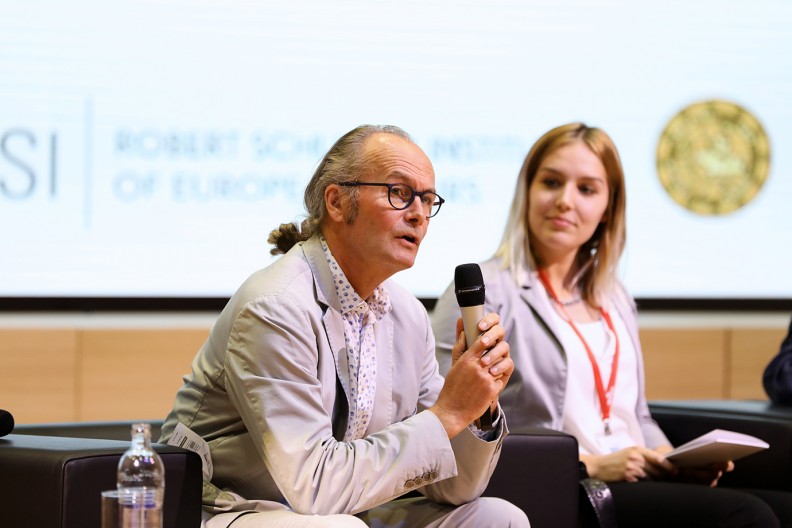 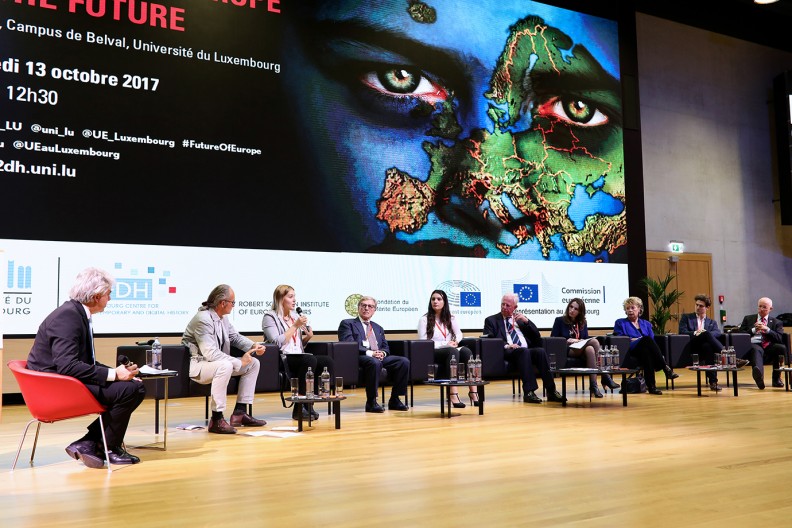 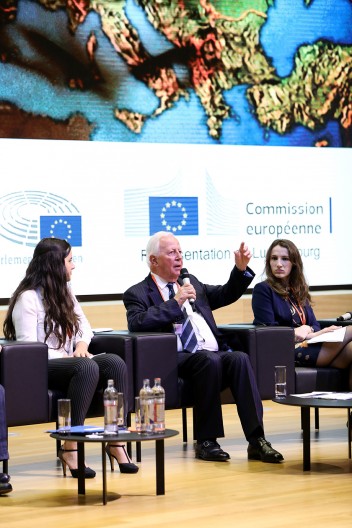 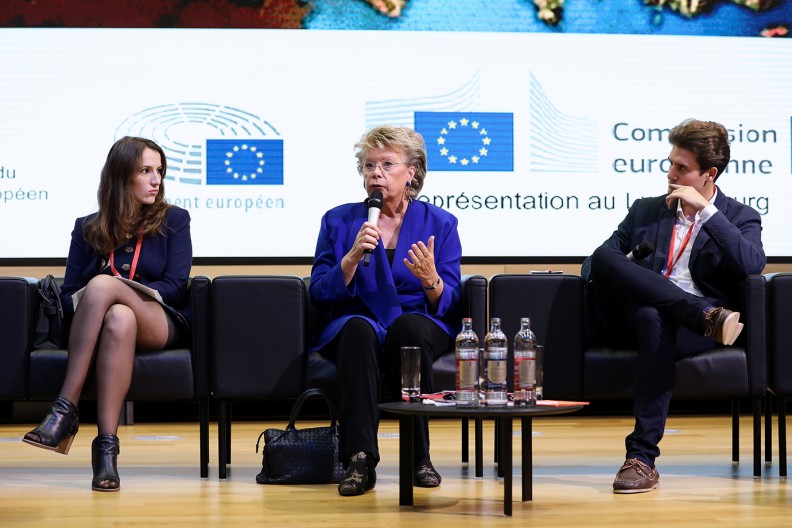 The recording of the entire conference is available here:

All pictures taken by Sophie Margue.