One of the biggest projects within European Capital of Culture Esch2022 was officially launched on 28 May at the Luxembourg Learning Centre: the virtual exhibition Minett Stories.

The Minett is a region in southern Luxembourg that has been strongly influenced by its industrial past: by the mining of "minette" iron ore and by iron and steel production. The new virtual exhibition, Minett Stories, investigates the multiple – and sometimes contested – histories and identities of the region, as well as those of the people who lived and worked there.

Through 22 stories the exhibition describes the various transformations of landscapes, places and people, from the region’s rapid industrialisation in the late 19th century to the steel crisis of the 1970s and the subsequent gradual deindustrialisation. Instead of focusing on the narratives of the large ironworks and steel barons, the stories narrate the lives of ordinary people, the "Minettsdäpp".

Minett Stories uses different means of transmedia storytelling to inform a wide audience about the history of the Minett. You can for instance listen to a radio play about riots in Esch at the end of World War One, discover graphic novels about Italian communists or the history of air pollution, watch documentaries and videos, explore interactive maps and read historical essays. In addition, you can delve into a huge collection of historical sources from the Minett. 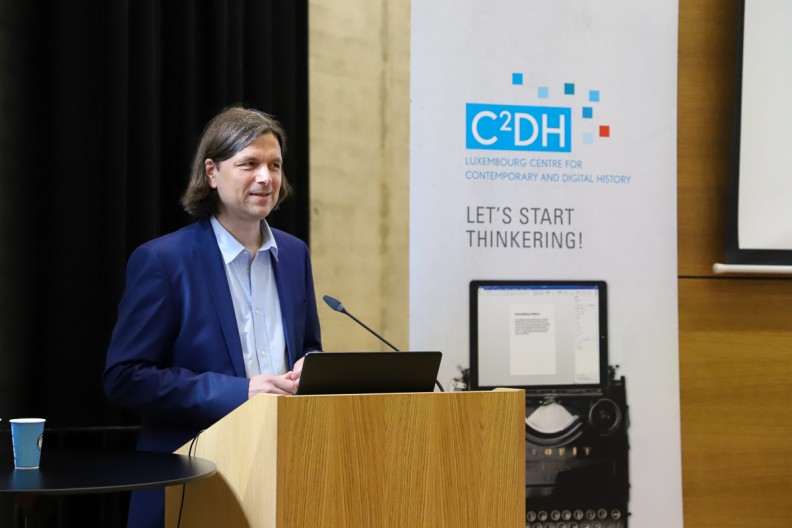 Presentation of the project by Stefan Krebs, in charge of the "Remixing Industrial Pasts in the Digital Age" project 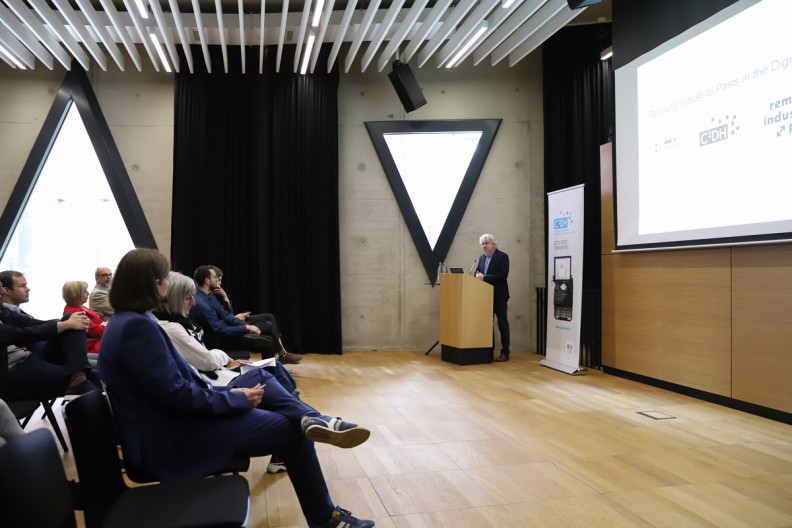 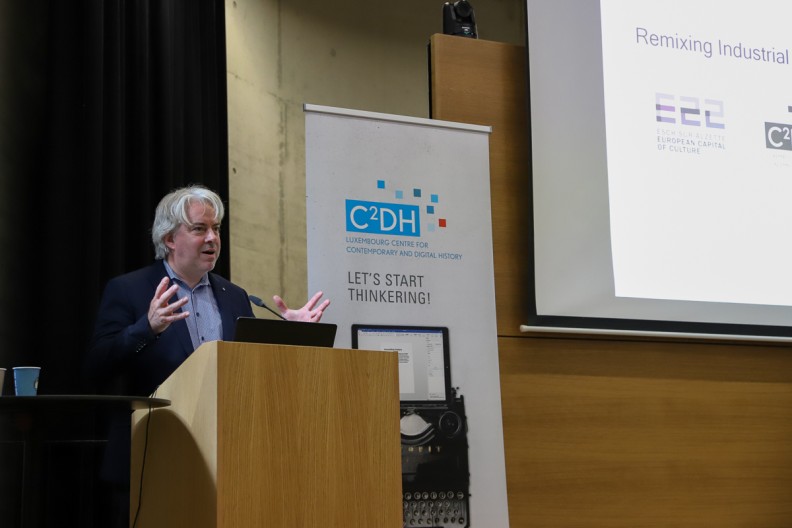 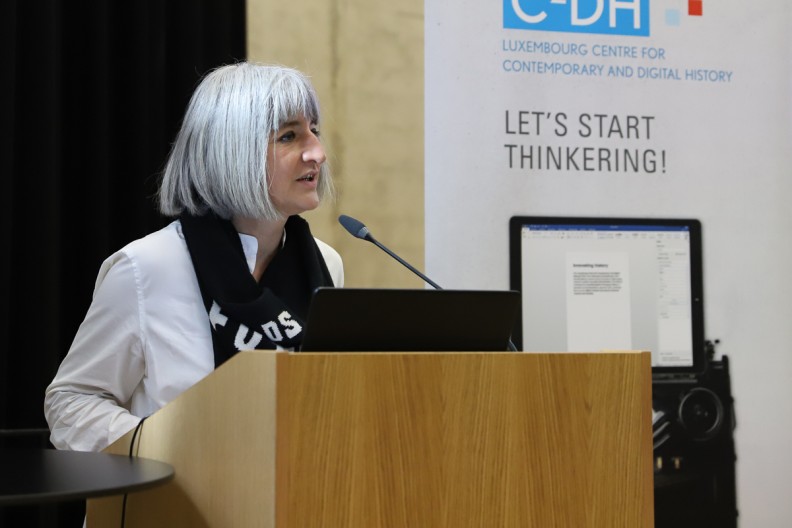 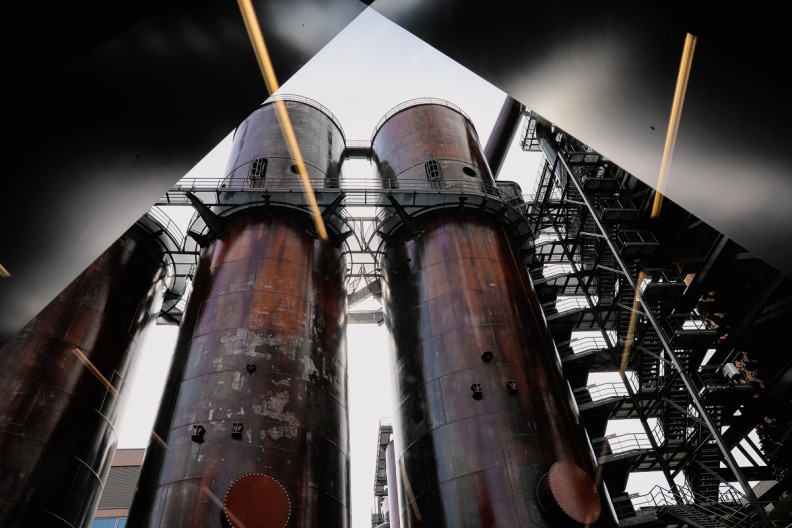 Room with a view on Belval's industrial heritage

The exhibition was developed in collaboration between the Remix team, Milan-based design studio Calibro and Bergamo-based software company Inmagik. The Remix team spent two and a half years researching and sourcing the underlying sources, designing the exhibition, and writing all the storyboards, scripts, story texts, and captions for the 22 exhibition chapters. The focus was on various forms of transmedia storytelling, including several interactive video documentaries, graphic novels, interactive maps, interactive podcasts, and two radio plays. Members of the REMIX team briefly presented several forms of storytelling used in the exhibition. The exhibition is available in English, French and German, the different presentations were multilingual. 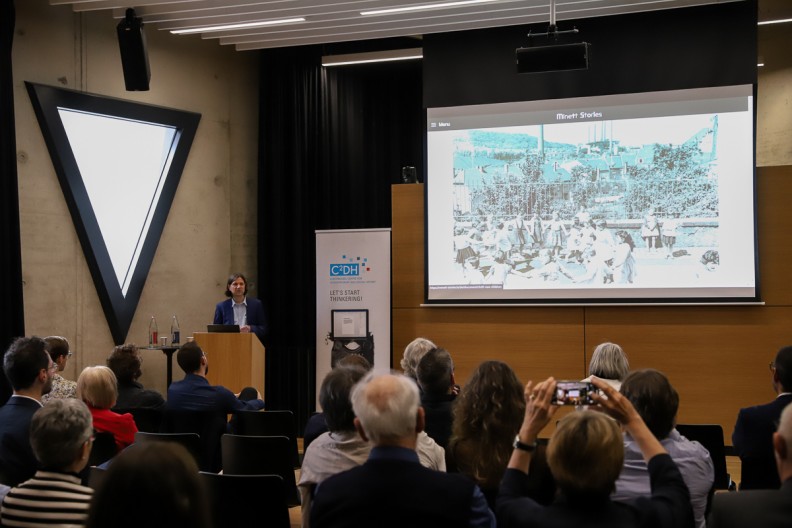 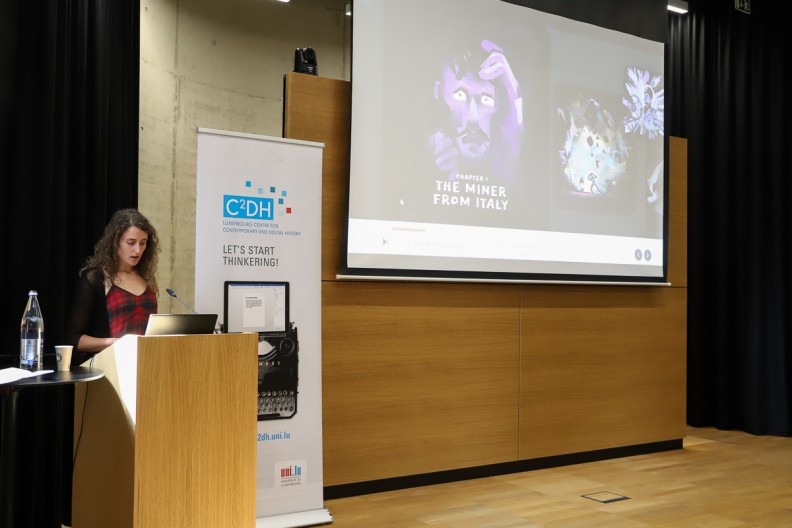 Irene Portas presenting the chapter "When Italian communists inhabited the Minett", conceived as a graphic novel. 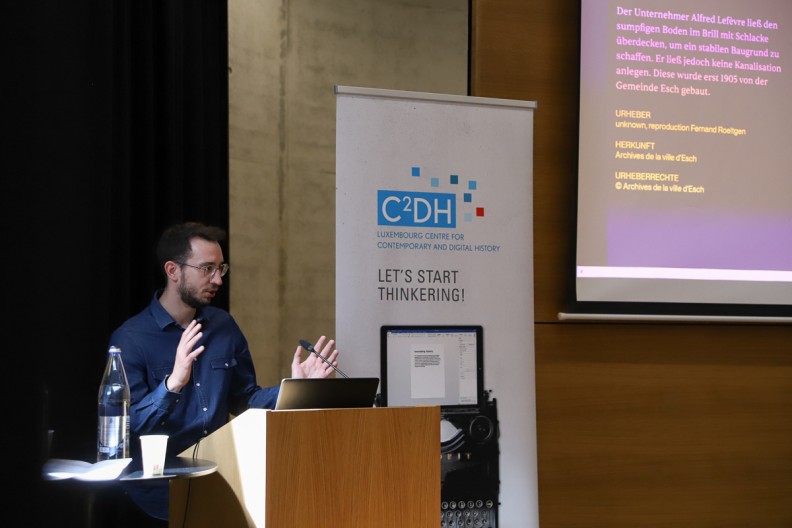 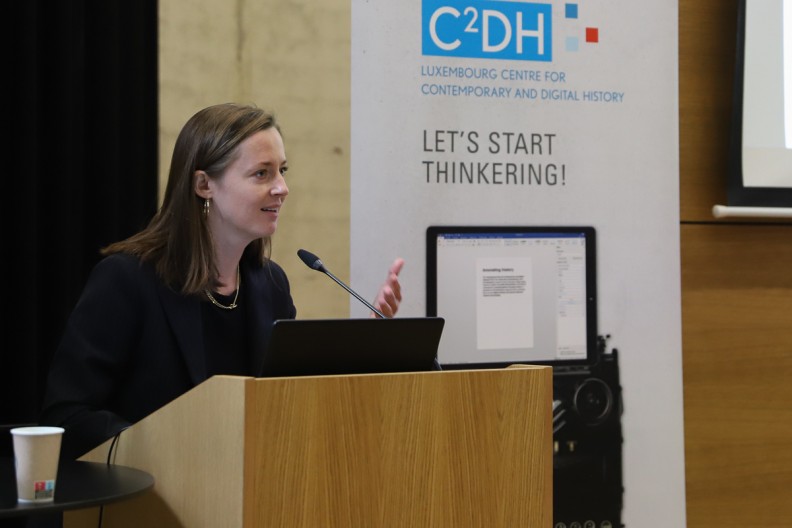 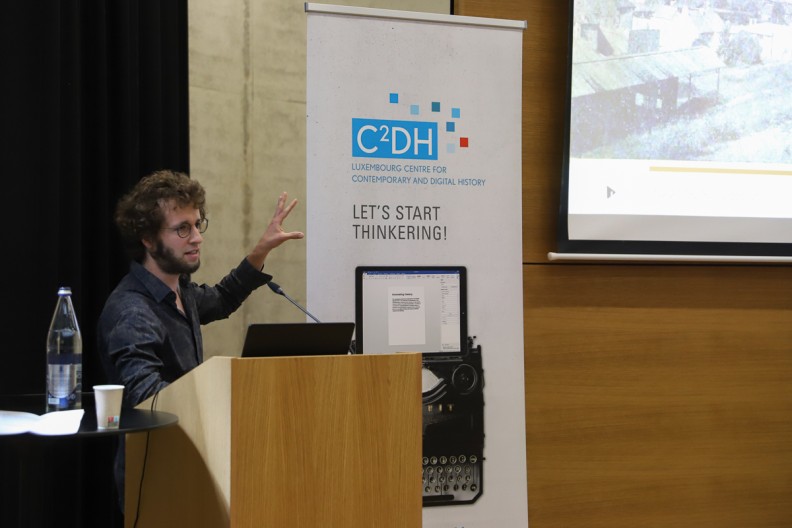 Jens van de Maele introducing the 'Biller aus dem Minett' chapter, based on a photo series published in the Luxemburger Wort between 1959 and 1961 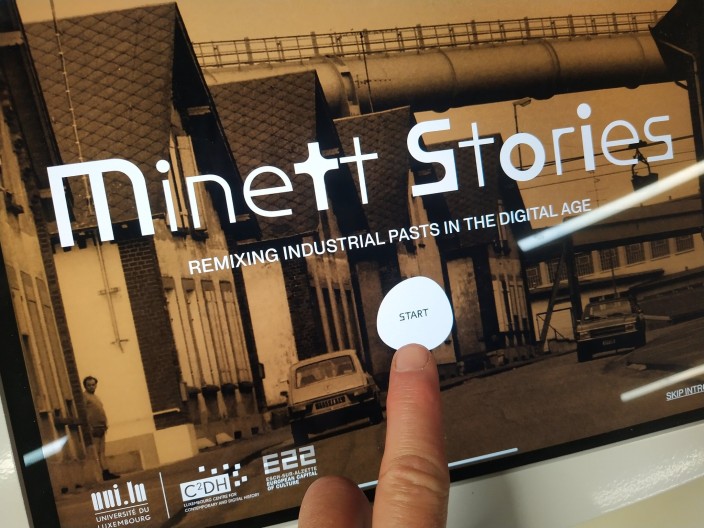 On 9 and 10 June 2022, the C²DH hosted an international conference on the history of industrial regions.
Data

The virtual exhibition Minett Stories deals with the history and identity of Minett, the industrial region in southern Luxembourg, in 22 chapters.