A Hands-On exploration through Luxembourg’s virtual and real landscapes of digital developments in Education, Research and Culture

Who’s afraid of the Digital? This was the leading question of C²DH’s first Forum Z in 2019, organised by the Digital History Unit of the centre. Museum curators, schoolteachers, researchers and professional educators presented their projects in the House of Startups in Luxembourg City in the form of hands-on workstations followed by an round table discussing the merits of new digital projects with the audience in a casual atmosphere.

The Workshops: Walking through virtual realities in the House of Startups

Despite snow and icy weather conditions, approximately 80 visitors participated in six workstations showcasing the latest methodological trends in the fields of Education, Research and Culture.

Dr. Nico Binsfeld, coordinator of the newly launched project Skills Bridge of the ADEM, represented the field of professional education. He highlighted at his workstation which jobs might change or vanish in the future, which jobs are in high demand, and which training activities were put into practice to meet the new requirements. The visitors could then join in, discussing these developments and measures taken up by the government and test their knowledge in an online quiz.

Guido Lesssing, history teacher in the Lycée Josy Barthel Mamer and research assistant of the C²DH Marco Gabellini could impressively illustrate the educational potential of newly developed 3D-scenarios for in-school teaching. They invited visitors at their workstation to take out their mobile phones, to attach them to VR glasses and to walk through the virtual reality of ancient Athens or to have a virtual stroll through the Anne Frank House in Amsterdam. The technological novelty was one of the main attractions of the fair. Nevertheless, Guido Lessing emphasized the pedagogical potential of VR technology provided the content of these scenarios remains scientifically sound and offers sufficient contextual information.

For demonstrating the new methods in the field of research, the doctoral researchers of the C²DH Marleen de Kramer and Christopher Morse presented their remarkable virtual reconstruction of the Larochette Castle, situated in the North of Luxembourg. The researchers led the visitors through one of the virtual rooms of the castle, reconstructing 3D objects and architecture from medieval times finding new ways of interface designs to depict them. From the virtual room the player could even glimpse out into the medieval landscape surrounding Larochette. The central aim of their research is to develop a learning game for this setting and used the fair to collect valuable feedback from the visitors for improving their game.

Also C²DH’s doctoral researcher Sytze Van Herck invited the visitors to play a game. At her workstation visitors could  try the learning game “Maps and Globes” from the 1980s. Her research targets the history of the design and use of computers throughout the 20th century. She demonstrated how quickly the technical development progressed by presenting a clip she made during her user studies showing younger users who played the game on an original Apple IIe from the 1980s. 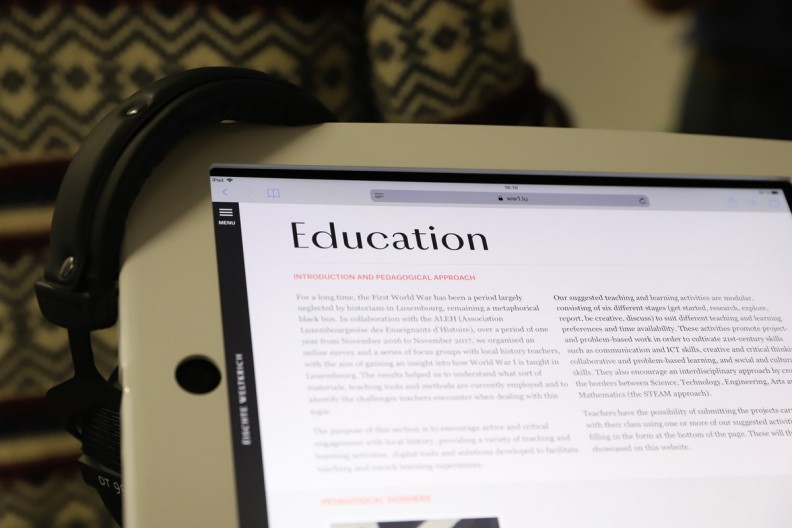 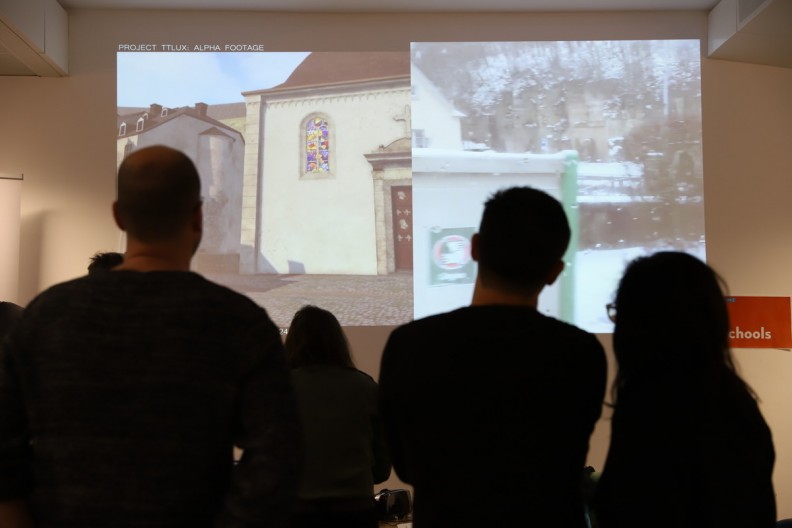 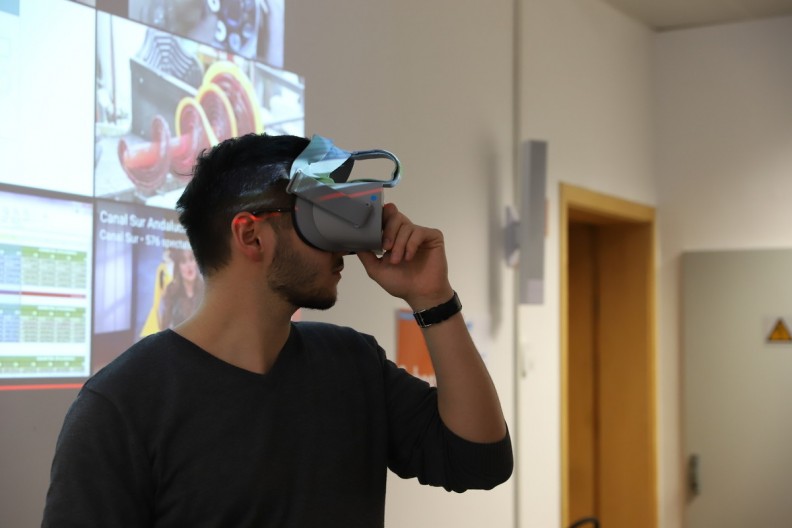 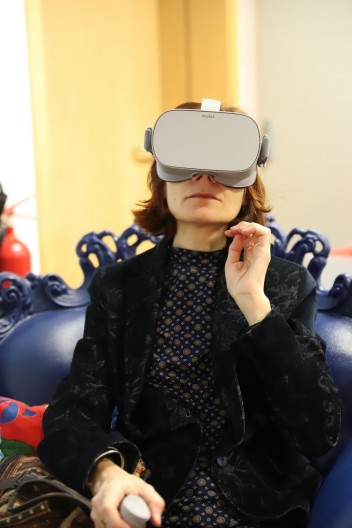 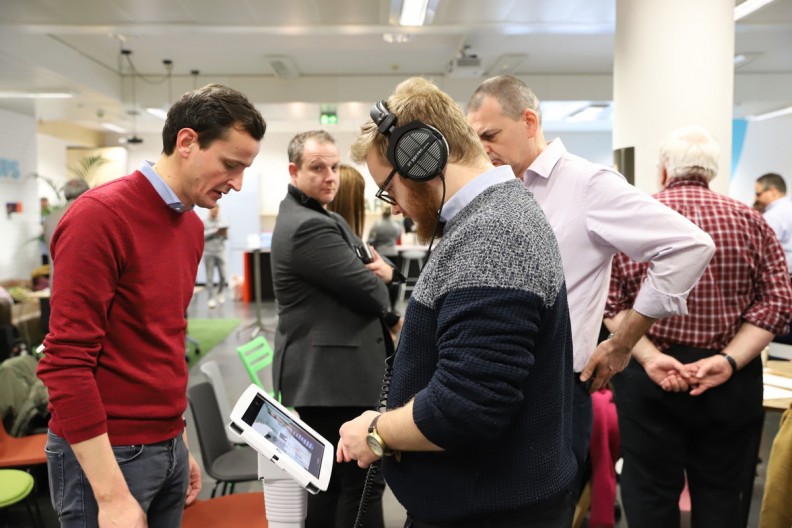 History in the classroom 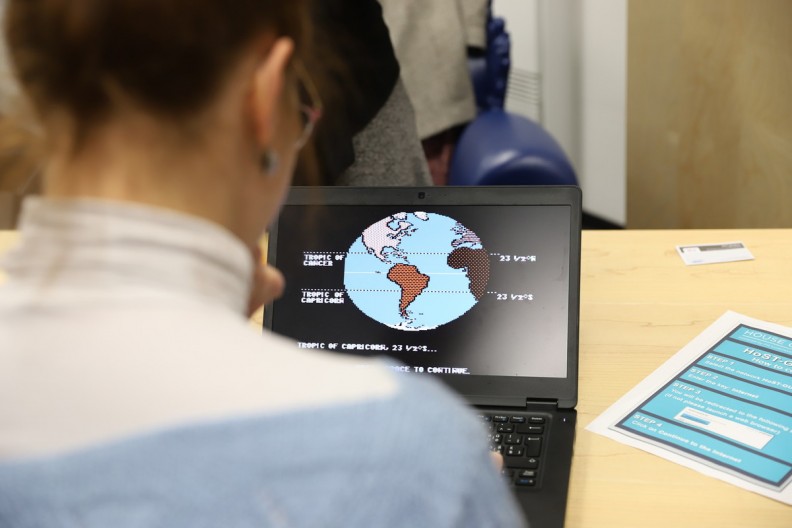 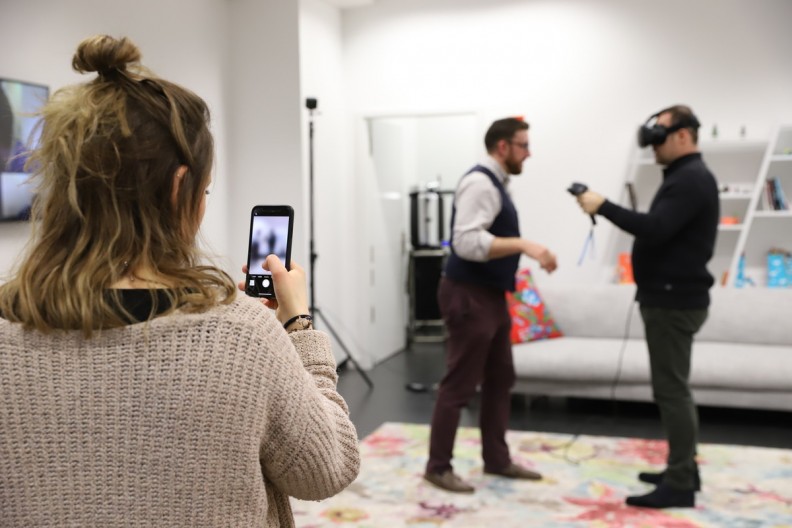 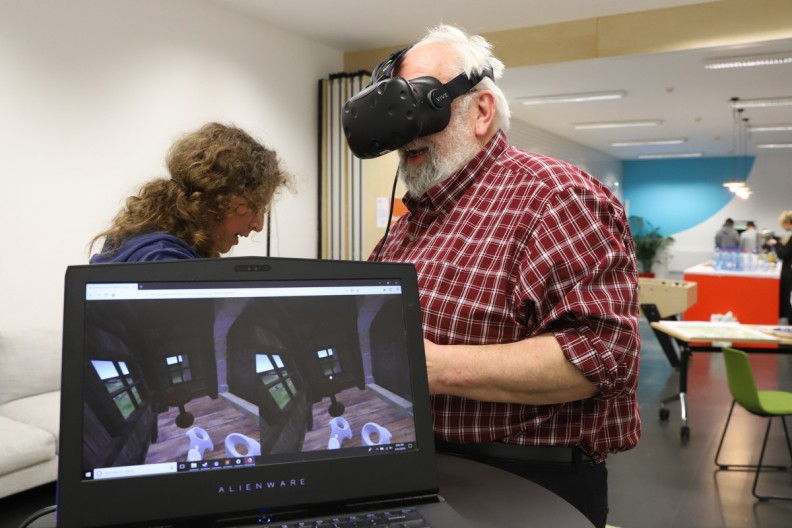 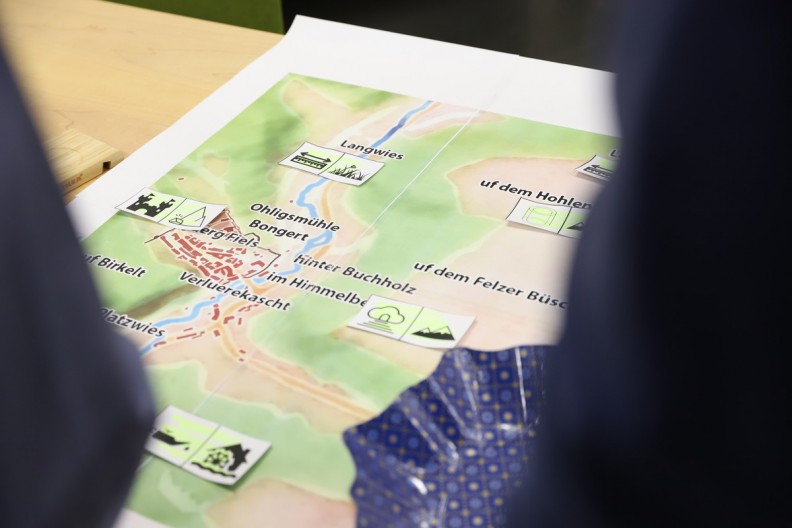 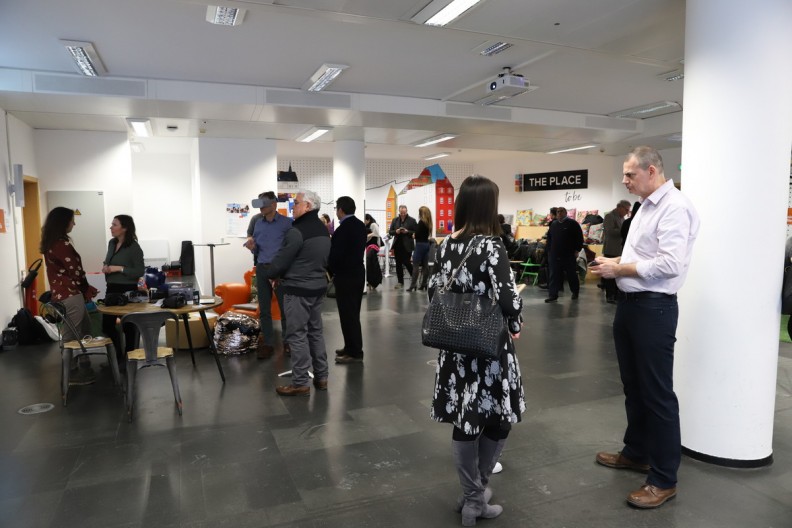 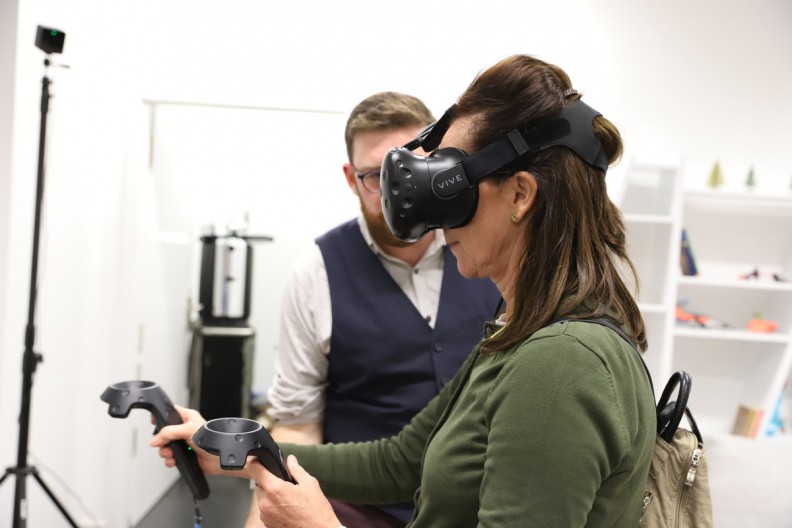 The field of cultural heritage was strongly represented by two workstations of key Luxembourgish members of the field. Anne Hoffmann, conservateuse adjoint of Les 2 Musées de la Ville de Luxembourg and her crew made the oil painting of Pierre-Ernest de Mansfeld from the 16th century talk to the audience about his historical biography. Anne Hoffmann explained that this could be a way for museums to draw attention to less recognised works using various languages.

Alessandra Luciano, digital curator of the Centre National de l’Audiovisuel brought the CNA’s repair shops for reconstructing sound, video and pictures right into the middle of the fair to her workstation. She illustrated how sound recordings from old gramophones with lots of white noise can be digitally enhanced to produce better sound quality. Being a digital curator, she emphasised that the history of reconstructing the material plays a crucial role. Reconstructing the original in transparent steps is the central aim, so as not to hide the manipulation traces. 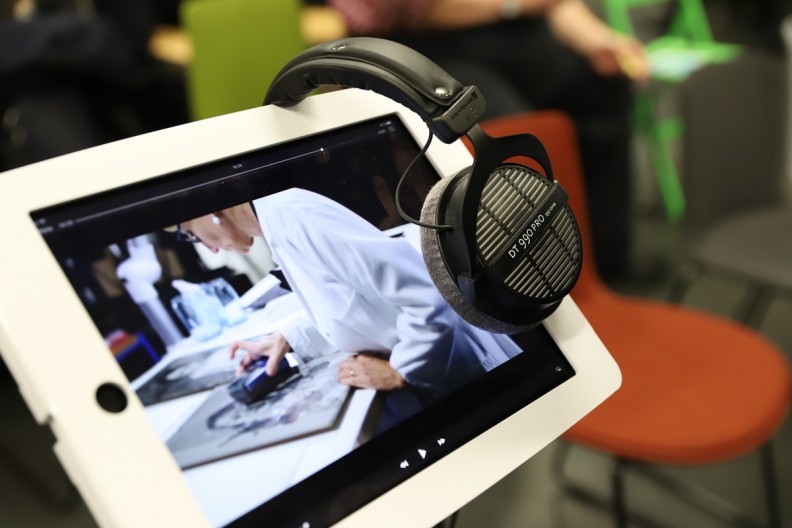 Using digital tools in the field of cultural heritage 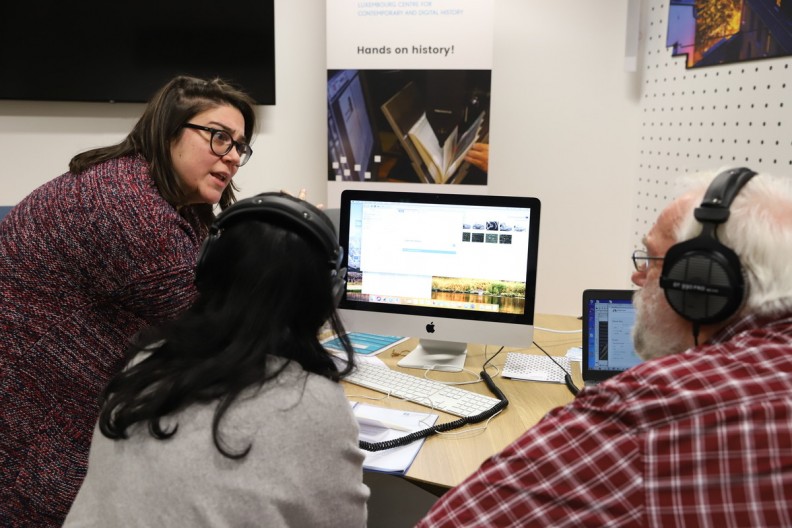 How can voice recordings and old photographs best be preserved by digital means? (CNA) 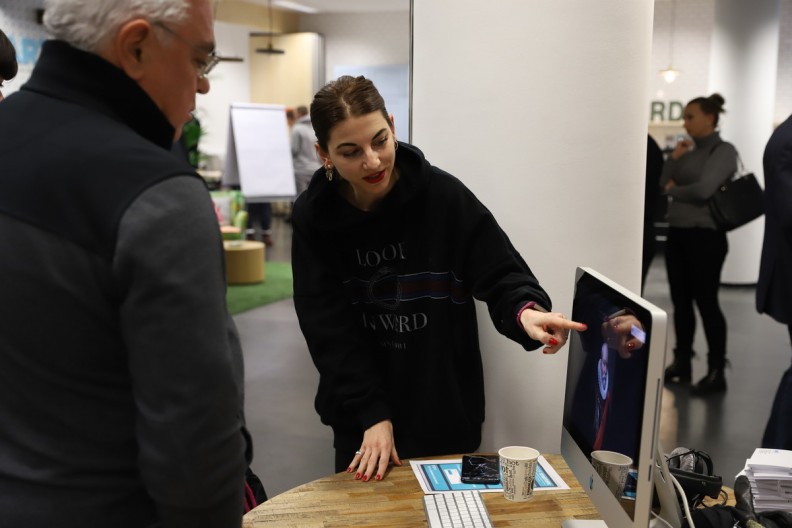 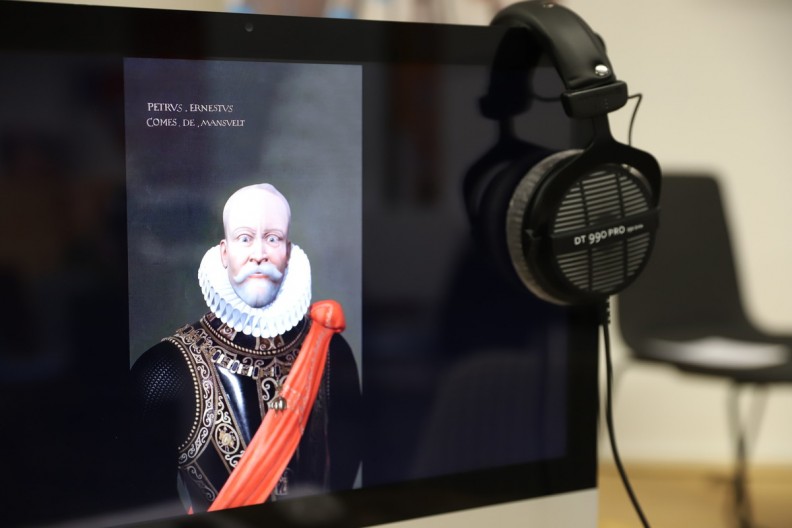 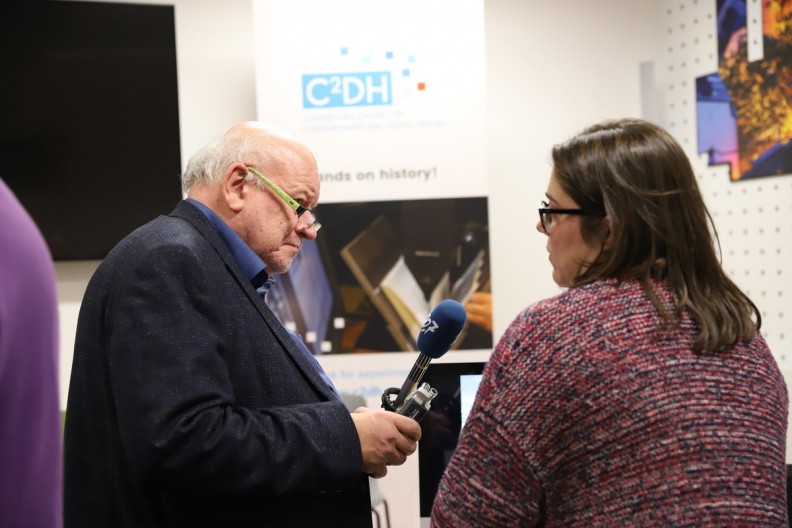 Media coverage by our partner Radio 100,7

The Expert Round: Not Afraid of the Digital? A final discussion of strategies facing the digitisation

For the final expert round Alessandra Luciano (CNA) and Sytze Van Herck (C²DH) from the workstations were joined by Luc Weis, Director of SCRIPT (Service de Coordination de la Recherche et de l’Innovation Pédagogiques et Technologiques) and Claudine Kariger, Senior ICT Policy Advisor at Ministry of State/ Digital Luxembourg. In an open discussion, questions were posed around the digital strategy of the Luxembourgish government regarding the educational and cultural sector. The activities for enhancing digital education in schools and the professional life were the central focus of the discussion. It soon became apparent that in the field of Cultural Heritage the potential for digitisation in terms of preservation and education is only in its infancy and needs to be further promoted. On the other hand Digital Humanities are developing a new code of conduct to reflect the merit of digital tools and methods in a new scientific field of Digital Hermeneutics that has started to emerge. 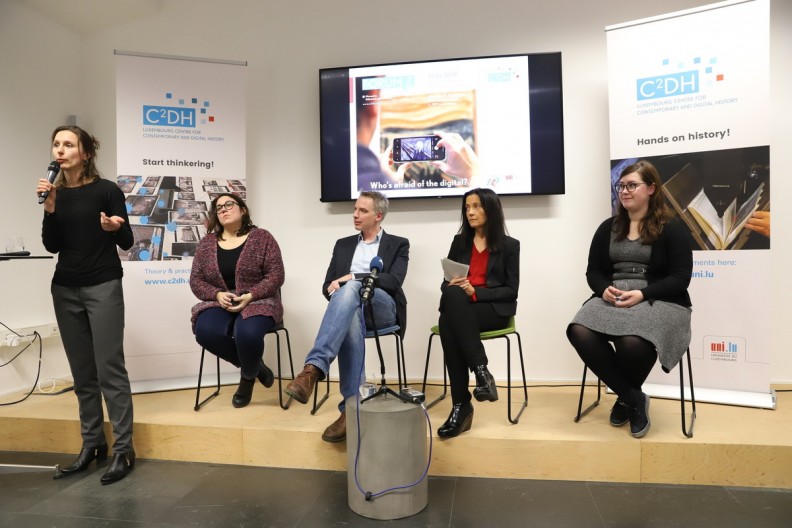 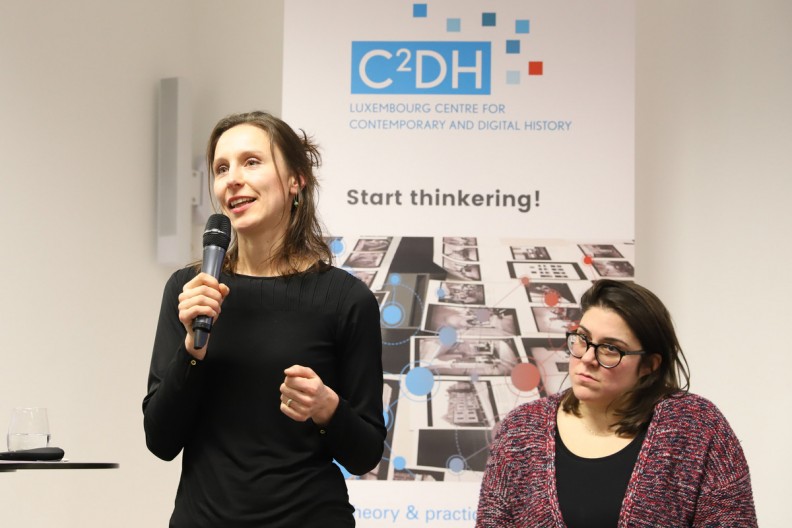 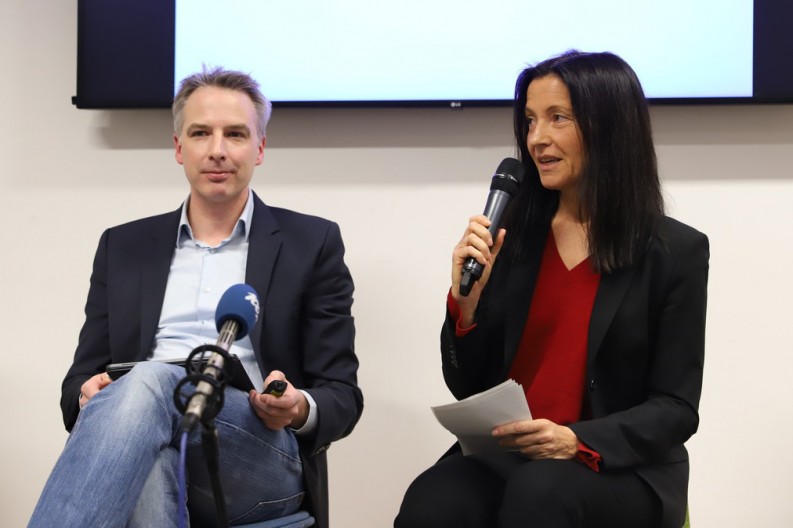 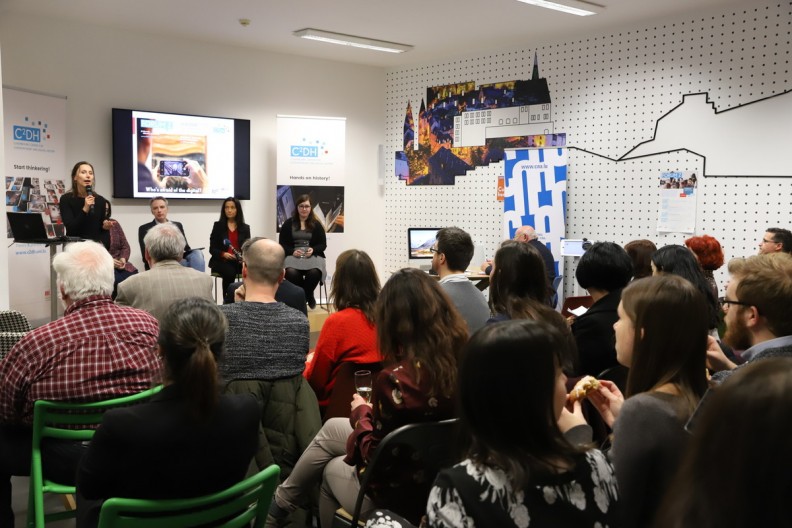 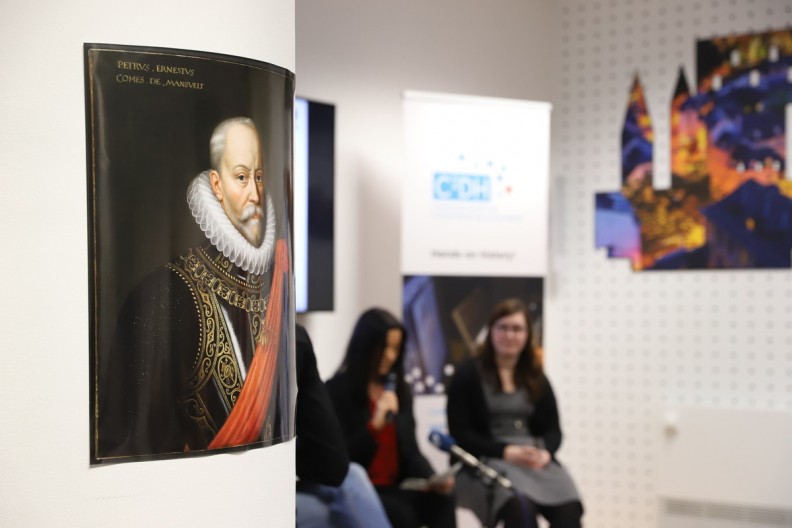 Not afraid of the digital

Video games as a real object of study: Some lessons from the Gamescom Congress 2017

Can video games be a serious research topic or are they only entertainment products? At the Gamescom Congress in Cologne, a series of talks and panel discussions were dedicated to video games from many different perspectives. In this blogpost, I will discuss some of them illustrating that video games can and should be taken seriously.
Thinkering

Pompeian wall paintings as a source of inspiration for neo-classical domestic interior decorations; a digital approach to art history.