On 17 and 18 June 2021, the C²DH has hosted an international hybrid workshop. This event was organised as part of the research project “Remixing Industrial Pasts in the Digital Age: Sounds, Images, Ecologies, Practices and Materialities in Space and Time”. Completed and ongoing projects were presented that shed more light on various aspects of industrial heritage making and digital public history.

This report was first published on H-Soz-u-Kult.

In the field of industrial heritage-making, questions related to the digital preservation and mediation of collective memories and material traces are currently generating much discussion. Traditional industrial heritage-making has resulted in efforts to preserve and reconstruct places, buildings, machines and sources in their original state. But what happens when industrial heritage is produced and preserved digitally? What is lost? What happens to the notion of “authenticity”? Can virtual reconstructions, digitised photos and films be authentic? Do they merely satisfy a certain longing for (digital) nostalgia? Or is it the opposite – does digital industrial heritage actually spur the historical imagination of eyewitnesses, citizens and historians?

The two-day workshop was divided into four panels:

The first panel was dedicated to the industrial area in the south of Luxemburg, the “Minett” region. The two presentations explored how digital public history deals with historical sources in digital reconstructions.

PATRICIA MARX (Luxembourg) presented the Urban Time Travel Belval project, a virtual reality animation and 3D reconstruction of the former Adolf-Emil-Hütte plant in Esch-sur-Alzette/Belval, a huge iron and steel plant built from 1909 to 1912. The central ideas behind the project are to revive the industrial history of Esch-sur-Alzette for a broad audience and to promote tourism. The reconstruction is based on historical sources from public archives and private companies. Tourists and visitors are taken on a journey in a minibus, and with the help of 3D glasses and geo-location, they see the industrial site in the era before the plant was built, the erection of the initial six blast furnaces, their replacement after the Second World War, and the current post-industrial transformation of the site into the University of Luxembourg campus. The virtual carriage ride with a coachman as travel guide combines the 3D reconstruction with various historical episodes through storytelling elements using computer-animated scenes and virtual actors.

The medium of an interactive video installation was the focus of the presentation by JENS VAN DE MAELE and JULIA HARNONCOURT (both C²DH, University of Luxembourg). As one product of the C²DH-based research project “Remixing Industrial Pasts in the Digital Age”, the interactive video installation was part of a temporary history lab, installed in a central public space in Esch-sur-Alzette in autumn 2020. Visitors could watch the video, which was projected onto a large 3 x 6m window, and activate one of six historical characters. The installation was created in collaboration between the REMIX team and the Milan-based artist group Tokonoma. Six historical/non-fictional, semi-fictional and fictional (typologised) figures from different periods in the industrial history of the southern region of Luxembourg (Minett) talked about their lives in an engaging, sometimes emotional way. At the same time, the stories were used to raise central issues about the industrial past, for example environmental pollution and the experience of migrant workers, as well as other historical topics such as oppression during the Nazi occupation of Luxembourg.

LIDIA GRYSZKIEWICZ (The Impact Lab, Luxembourg) presented her urban planning project in Esch-Schifflange, which connected citizen participation and impact measurement. The area of the former steelworks is ready for new use as a residential district in Esch-sur-Alzette. In connection with an architectural competition, a citizen day was organised to initiate a co-creation process which included citizen perspectives to learn more about both the needs and the emotions linked to former industrial sites. Innovative digital methodologies such as in-situ emotion mapping and visualising regional identity were used, together with analogue tools like guided tours by former workers and paper questionnaires. Like the projects presented in Panel 1, this project is also being developed in connection with the events for Esch2022 European Capital of Culture.

STEFAN MOITRA (Deutsches Bergbau-Museum Bochum) then presented the digital memory platform “Menschen im Bergbau” (People in Mining), set up in 2014 at the German Mining Museum in Bochum. It includes more than 90 transcribed and archived life story interviews from different industrial areas (the Ruhr valley, Aachen, Saar and Ibbenbüren). The geographical, generational and group differentiations raised a number of central oral history and identity questions: questions of agency, sharing authority, history from below and multiperspectivity, as well as the overall question “Whose heritage is it?”. The lecture focused on the sharp contrast between the gloomy social reality in the deindustrialised areas and the successful promotion and “eventisation” of industrial heritage.

STEFAN SIEMER (Deutsches Bergbau-Museum Bochum) discussed a survey conducted by the Montanhistorisches Dokumentationszentrum at the German Mining Museum in Bochum on the existing 91 coal mining museums and collections in Germany. Nearly two-thirds of them (59%) are private and are sponsored by clubs and associations. The analysis shows a particular culture of collecting characterised by low standards of documentation and digitisation and the use of objects simply for decorative purposes, without textual information and without incorporating them into personal narratives and interactive practices. Nevertheless, these museums still serve as meeting places for miners and visitors and places for personal exchanges of historical knowledge. With the disappearance of mining in Germany, the continued existence of these private museums and collections is under threat.

Finally, MAXIME DERIAN (C²DH, University of Luxembourg) discussed methodological issues and the use of high quality technologies in oral history interviews. Drawing on social anthropology, he identified the attitude of benevolent neutrality of interviewers towards contemporary witnesses. According to Derian, the anthropological interview approach could be beneficial in helping interviewees to verbalise their emotions and go back into their memories, even painful ones. 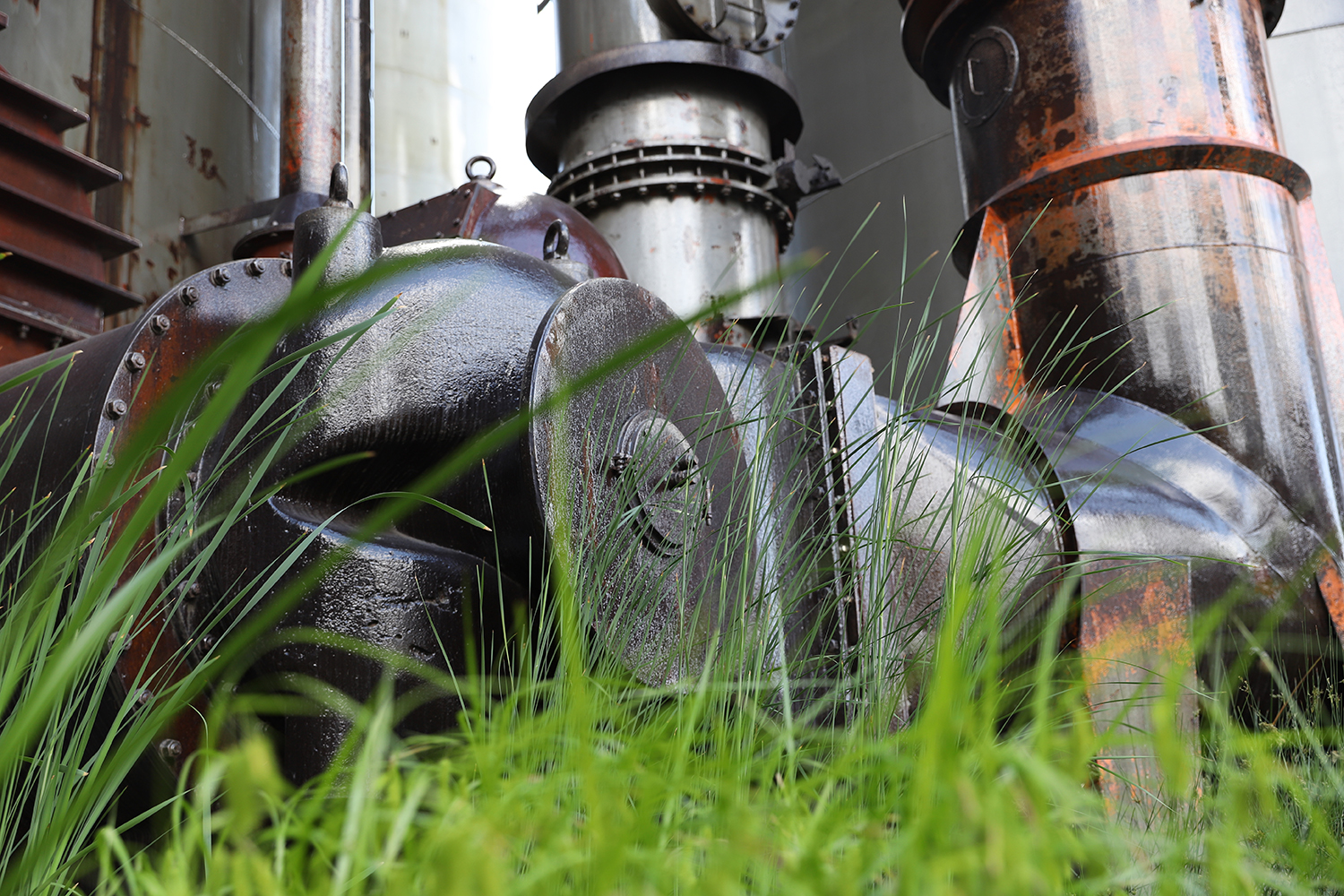 MARTIN MUNKE (Sächsische Landesbibliothek – Staats- und Universitätsbibliothek Dresden) presented the digitisation project of the Saxon State Library Dresden, in connection with the 4th Saxon State Exhibition “Boom, 500 Years of Industrial Culture in Saxony” (2000). This is a large-scale digitisation programme for industrial heritage, licensing of digital media, digitisation of sources and long-term archiving. Regional and local exhibitions with digitised sources are intended to represent industrial heritage, support tourism and build a Saxon identity and cohesion – the approach is political rather than historiographical. The collections being digitised are housed decentrally in several former industrial sites like the company archive of the Hirschfelde power station, which has 10,000 photos (partially digitised), 4,000 plans (almost completely digitised) and written records (not digitised). This collection index is crowdsourced by former employees.

ANASTASIA KHOLIAVKA and IRYNA SKLOKINA (both Center for Urban History of East Central Europe, Lviv) presented the collection, production and public use of digital sources from the Ukrainian coal mining and steel region Donbas, which contains private, institutional and mass media photographs and videos from amateurs and professionals. The aim is to provide an online platform to present the collected materials so that they can be accessed by researchers and active local communities interested in history. The specific contexts of the project are the political ramifications of deindustrialisation (loss, dispersion and fragmentation of heritage), the transition to capitalism in the 1990s, the war between the central government and pro-Russian separatists that has been ongoing since 2014, and the “decommunisation” process under way since 2015. In this context the persistent underfunding of cultural infrastructures and institutions was also discussed. The idealisation of pre-Soviet industrialisation and industrial propaganda in the Soviet Union were critically examined, as was the impact of the redistribution of digital sources. Analysed online comments showed how ordinary people often interpret historical photos (“digital nostalgia”).

The 4th panel was limited to one presentation after the second was cancelled.

VIKTORIA BORETSKA, DANIEL RICHTER and LARS SCHOENFELDER (all C²DH, University of Luxembourg) presented the concept and progress of the REMIX project’s virtual exhibition on the industrial past of the Minett region, with a focus on transmedia storytelling. The virtual exhibition will go online in May 2022 as part of events for Esch2022 European Capital of Culture. Different modes of storytelling for a diverse audience invite users to discover the Minett in an interactive and playful way. Examples are an interactive graphic novel, a narrated virtual hike, life stories based on nominal data, an interactive timeline and an animated map. The “authenticity” of historical and semi-fictional stories and the extent to which authority can/should be shared with eyewitnesses and citizens were also discussed. Selected examples such as the contested figure of the Luxembourgish industrial worker (the “Minettsdäpp”) and the production of visual heritage by photographers also revealed identity disputes in the Minett region. The main challenges of the ongoing work are fitting the modes of storytelling to the different historical narratives and the available source material, and offering a new reading/viewing experience to keep visitors interested and give them the sense of being “explorers”.

In his final comment, HANNO HOCHMUTH (Leibniz Centre for Contemporary History Potsdam) summarised the central issues and questions resulting from the workshop: The inherent tension in industrial heritage-making between everyday history and the extraordinary contemporary history of specific periods (wars, etc.); the omission of suffering of workers and their families in most industrial heritage; and the ethics of visual history (“What should be shown and what should be left out?”). What is authenticity in the digital age, when sources and memories are produced digitally? Multiperspectivity, participation and impact are products of a history from below and need be problematized. The political interest in digital projects aimed at identity building, democratisation and social cohesion needs to be scrutinised. Finally, thought needs to be given to the issue of dealing with nostalgic, controversial and radical memories. 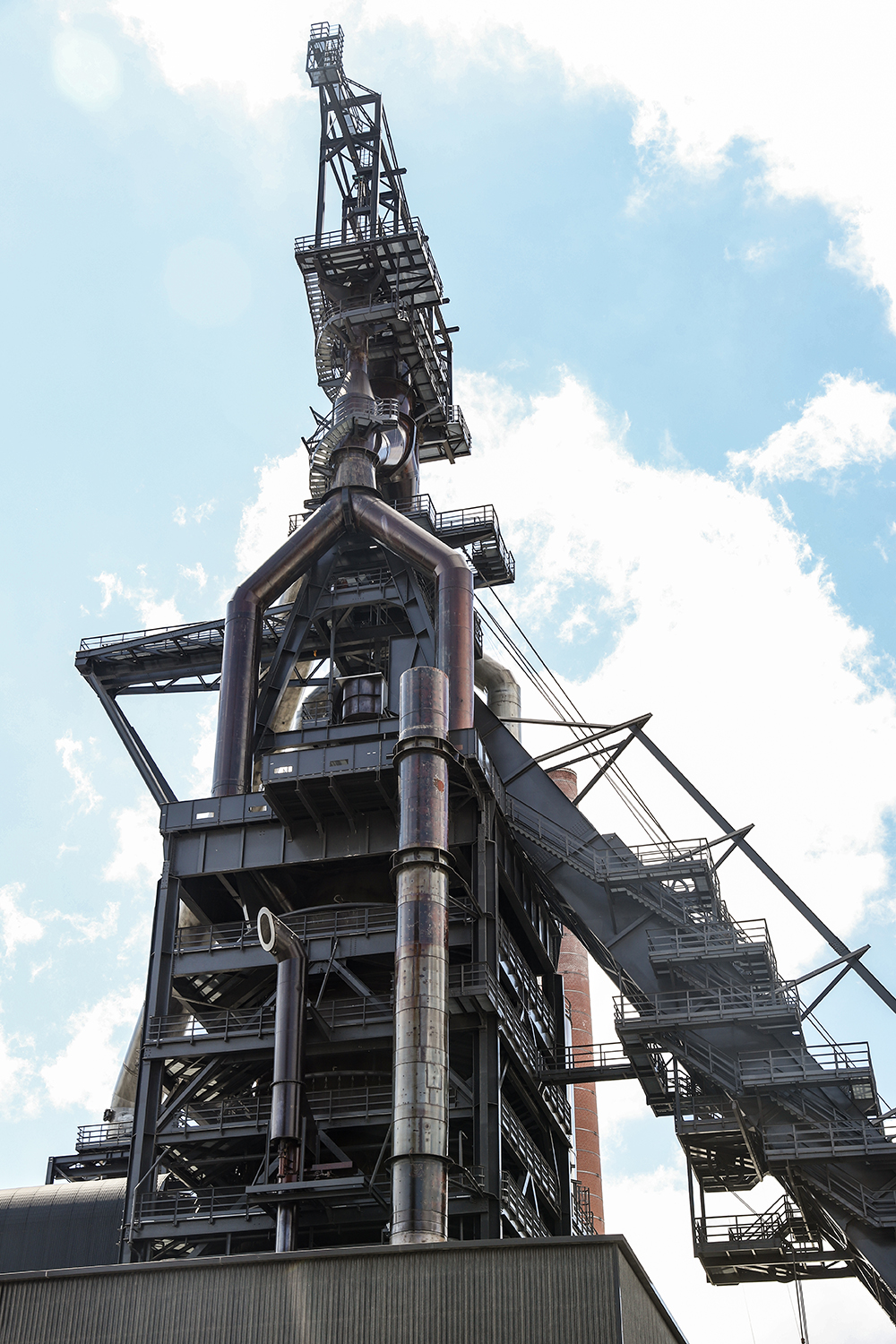 Programme of the workshop

Stefan Moitra: “History from below” or “shared authority”? Oral history and industrial heritage in the digital age

On 28 May 2022, the REMIX team around Stefan Krebs officially launched the virtual exhibition "Minett Stories", produced in the framework of European Capital of Culture Esch2022.
Data

The virtual exhibition Minett Stories deals with the history and identity of Minett, the industrial region in southern Luxembourg, in 22 chapters.