How is order enforced during war and occupation? A conference on local administration during the first and second World Wars
MENU

How is order enforced during war and occupation? A conference on local administration during the first and second World Wars

Wartime regimes are more than simple top-down structures of terror and coercion between the occupier and the occupied or between the warring state and its population. Existing administrations, networks and functional elites took on complex roles, often adapting to local circumstances. Administrative authorities and personnel were constantly interacting with the population regarding everyday affairs. Studying the responses of administrations to the World Wars could enrich our understanding of contemporary history.

The conference Local administration during the first and second World Wars assembled case studies from different regions with various methodological approaches and aimed at exploring the complex realities of war on the local level. It was organized by Dr. phil. Jan Vondráček, researcher at the Masaryk Institute and the Archives of the Czech Academy of Sciences (MIA CAS) in Prague as a hybrid conference. In his introductory remarks, Jan Vondráček anticipated some overarching topics connecting many of the subsequent contributions. By focusing on local authorities and administrative structures, researchers could overcome simplifying dichotomies. Examining the practical implications of wartime regimes on the ground would allow for a deeper understanding of everyday realities during and after periods of war. Vondráček also elaborated on the concepts of the “double state” (Ernst Fraenkel) and of the “living administration” (Thomas Ellwein) as useful approaches for the study of local administrations. The underlying question of the conference was: How is order enforced during war and occupation? Or, as Therese Garstenauer (Vienna) has put it in her commentary: “Who gets things done?”

While the presented papers covered a broad variety of cases, some commonalities recurred. The presentations showed that local communities had the potential to influence policies and war events, and that central administrations often failed to permeate territories down to its smallest units, such as villages. In her presentation, Kathryn Densford (Elizabethtown) analyzed local agency in Lower Austrian and Moravian provinces when it came to the requisitioning of food from the population during WWI. In one example, local women stood up against the requisitioning of milk from their village, complaining about the shortage of nutrition for their families. This was not the only case in which village communities tried to take their fate into their own hands. In Nazi-occupied Belarus, as explained by Leonid Rein (Jerusalem), peasant militias were set up in order to protect the population from the Guerilla warfare by Belarus partisans. The partisans who dominated most of the area terrorized villages that they suspected of collaboration with the Germans.

Municipal and local authorities could also display some degrees of self-determination in the domains of culture and arts despite the existence of a centralized cultural policy. As Felix Steffan (Munich) showed for the case of Rosenheim in Nazi Germany, certain communities were able to manage their art exhibitions and programs rather independently from the central authorities (in this case, the Reichskulturkammer), and maintained their art scene through member-based associations. Solène Amice (Paris) described a conflict between municipal and national authorities in France regarding the preservation of cultural heritage during WWI, which indicated a certain local emancipation when it came to the question of “ownership” of culture. 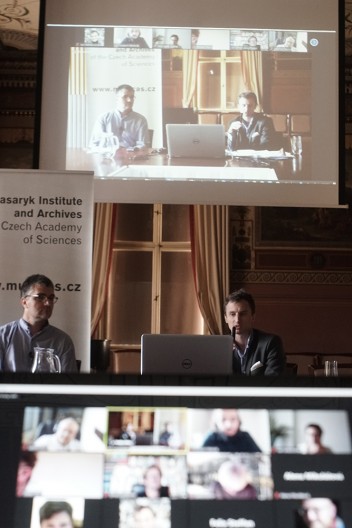 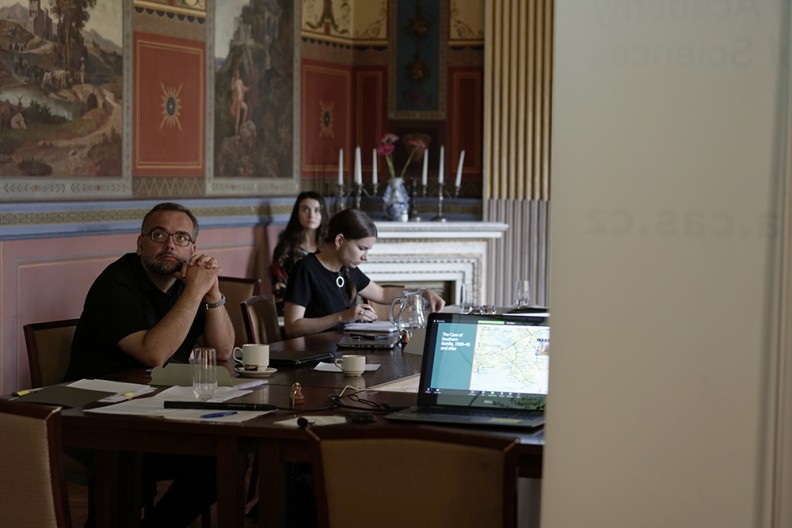 Several presentations dealt with wartime judiciaries: Judith Vöcker (Leicester) analyzed German courts in Nazi-occupied Warsaw, and Hubert Mielnik (Lublin) offered insights into the non-German justice in the General Government of occupied Poland. While German judges were sent to Warsaw to adjudicate cases relating to ethnic Germans, the Polish judiciary in the General Government was competent for Polish, Ukrainian and Jewish defendants. Both presentations highlighted the complexity of the rule of law in multiethnic, Nazi occupied areas. Jan Julia Zurné (Nijmegen) also delved into the history of justice, albeit in the Nazi-occupied Netherlands. She showed that local courts were instructed by the occupation authorities to enforce harsher sentences for bicycle theft, since the shortage of these vehicles caused problems for the occupation regime. While local courts did partially enforce longer sentences, they also maintained a certain passive stance and leniency, thus creating a gap between local practices and national policies. 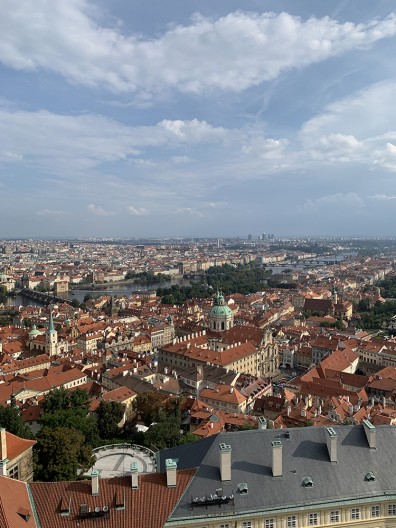 View on Prague from the Tower of the St. Vitus Cathedral (photo by EW) 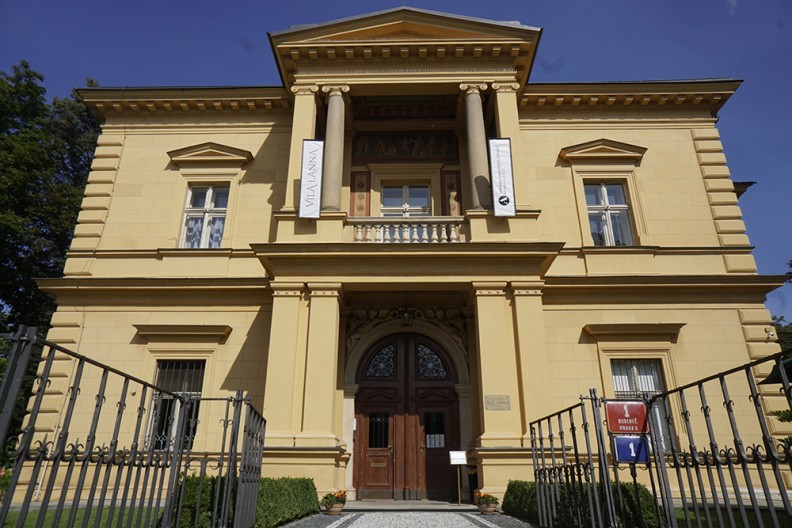 Jonathan Gumz (Birmingham) illuminated the challenges of the concept of state in his thought-provoking keynote. Through the example of the Habsburg state during WWI, Gumz questioned the idea of a state as a single entity. As the complexity of the Habsburg state came under assault during the First World War, he explained, centralized power was considered a promising response to the risk of fragmentalization. The military, highly skeptical of local structures, envisaged a Prussian-inspired strong central power and local authorities who would merely fulfill executive functions. It is precisely this destruction of the complex Habsburg state structures, he argued, that elicited the question of how a state should actually work. Examining what states do and how they do it, and seeing them as “projects which are never really complete” will lead to a deeper understanding of the subject, Gumz concluded.

In his keynote, Dieter Pohl (Klagenfurt) made large-scale observations regarding the characteristics and challenges of Nazi occupation in Europe. Nazi administration in occupied areas was influenced by an “unplanned” character and unexpected turns of events, such as the occupation of Axis member territory in Italy. Furthermore, a lack of centralization and uniformity is identifiable, since different levels of racism and anti-Slavism developed depending on the occupied territory. The global aspiration of Nazi occupation saw its limits in the lack of manpower in certain areas. Existing local structures and personnel were thus often involved in enforcing measures such as economic regulations, forced labor and the establishment of ghettos.

Several guidelines and stimuli for further research were proposed at the end of the fruitful conference. Dieter Pohl advocated for the necessity to step away from a national perspective and to rather identify typologies of possible responses to occupation. He further suggested to define local administrations through the actors responsible for their functioning, namely the local functional elites. These elites, be it churches, teachers or municipal leaders, and their networks are crucial in regulating public order in war periods. Jonathan Gumz raised the question whether the study of functional elites may lead to the development of new historical chronologies. He also stressed the importance of capitalism and business as interpretation grounds for the study of local reactions to war. Ernst Langthaler (Linz) agreed by stating that European capitalism and the distribution of property changed fundamentally with the war experience. Many more inspiring and helpful presentations and contributions, which could not be featured here, made the conference a success.

The observations made at the conference may thus serve as an inspiration for the analysis of the Luxembourgish case: How comparable is the civil administration during WWII to the Eastern European occupation administrations? Was the discrepancy between central and local administrations as pronounced in the Grand Duchy as in other European countries? How do the responses of the functional elites in Luxembourg to the German occupations differ from those in other regions? Exploring these questions could contribute to a higher visibility of the Luxembourgish case in international scholarship.