The Historical and Cultural Dynamics of Home Movies

In the course of the twentieth century, various generations have documented and materialized their family memories on film, video and digital media. But how have these changes in technologies of memory shaped new forms of recording and screening as family memory practices?

This question was central to my PhD research, which I conducted at the Faculty of Arts and Social Sciences of Maastricht University, the Netherlands under the supervision of Prof. Dr. Andreas Fickers and Dr. Jo Wachelder. The research is part of the larger research project Changing Platforms of Ritualised Memory Practices: The Cultural Dynamics of Home Movies (2012-2015), which was funded by the Netherlands Organisation for Scientific Research (NWO). It traces the historical and cultural dynamics of the home movie as a twentieth century memory practice.

Home movies have only since recently been “discovered” as rich historical sources. Nowadays, many television programs, films and documentaries make use of amateur or found footage. Since the 1990s, museums and archives have been collecting and preserving amateur films as important cultural and historical carriers of information on a large scale. Scientists from various disciplines – ranging from history and anthropology to film studies and sociology – have also recognized the large cultural and historical value of amateur films.1 Amateur films, they conclude, can provide a “history from below” as well as new insights into twentieth century family life.2

This blog post provides a short introduction to my dissertation topic and reflects on the cultural dynamics of the home movie as a twentieth century memory practice.

A brief history of amateur film

When we think of home movies, often the nostalgic black-and-white or colourful filmic imagery of previous generations’ personal family collections comes to mind. While most home movies have been recorded and screened in the 1960s and 1970s, many amateur films were actually made already in the early twentieth century.

Possibly the first “home movie” ever made is the 41-seconds film Le Repas de Bébé (“Baby’s Breakfast”). It was recorded by Louis Lumière in the year 1895 with the Cinematograph, one of the first moving image recording and screening apparatuses. The film was part of a compilation of ten short films made by the French inventors and entrepreneurs Louis and Auguste Lumière. Their screening in Paris later that year is often described as the birth of cinema.3 The event can as well be regarded the birth of the home movie as a family memory practice.

After the invention of the film camera at the end of the nineteenth century, especially amateur photographers and upper-class male hobbyists became fascinated by the technical wonder of the moving image. At the time, amateur filmmaking was often still seen and described as a continuation rather than a break with amateur photography practices. It was called kinematography: the art of moving photographs or “living images”.

In the early 20th century, amateur filmmaking was still seen as a type of photography based on the recording of ‘living images’.

The year of 1923 marks an important transition point in the history of amateur film. In that year, respectively the French film production company Pathé and the American photography company Eastman Kodak released their 9.5mm and 16mm films, cameras and projectors for amateurs. Contrary to the professional 35mm standard film and most non-standard films at the time, the Pathé and Kodak “small-gauges” were not based on highly flammable nitrate-film but on acetate-celluloid film instead. Their releases consequently meant an important change for amateur filmmakers who wanted to safely project their films at home. 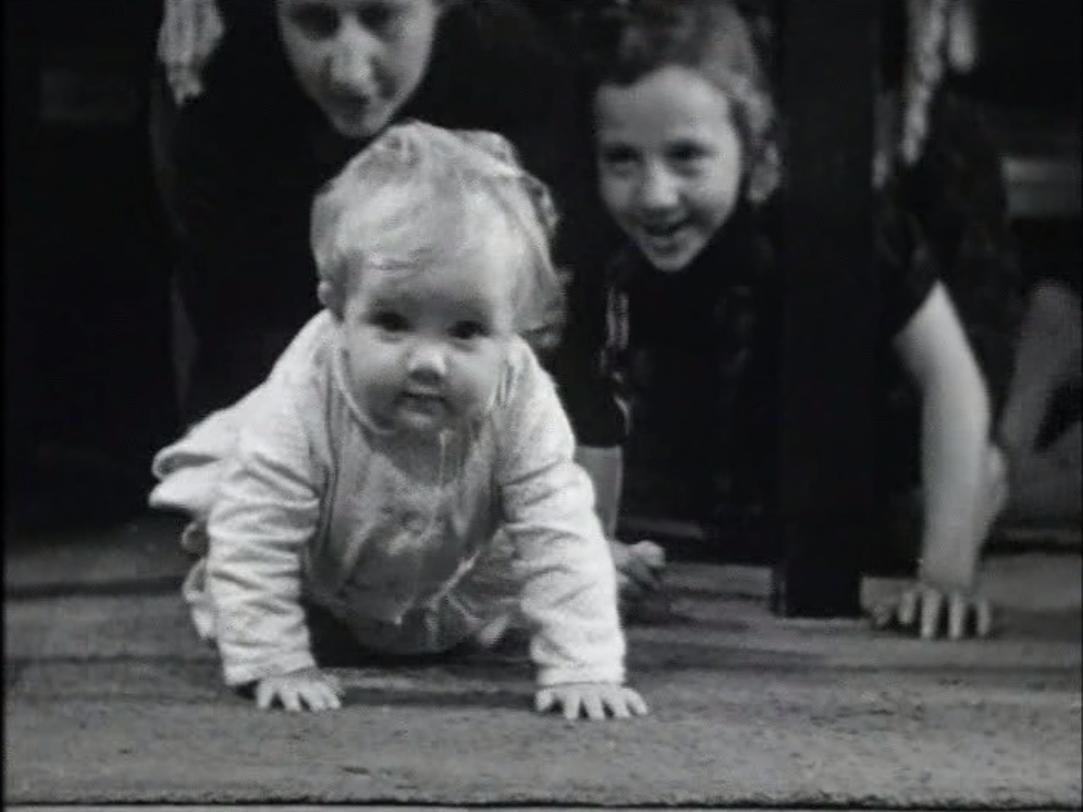 In 1932, Kodak released another popular small-gauge film format: 8mm film. It was used especially by family filmmakers as cheaper alternative to the 9.5mm and 16mm standards. With the arrival of its successor Super 8 film in 1965, amateur film equipment not only became increasingly smaller, lighter and cheaper, but also more “easy to use”. Together with Single-8, a polyester-based film released by the Japanese manufacturer Fuji in the same year, Super 8 led to an increased popularization of home movie making and screening.

Technically, Super 8 film was based on a cassette system. This meant that the film no longer needed to be inserted manually, but was carried in a plastic cartridge instead. It literally “black-boxed” the film material, intended to make the practice of amateur and family filmmaking more accessible to a new generation of users. 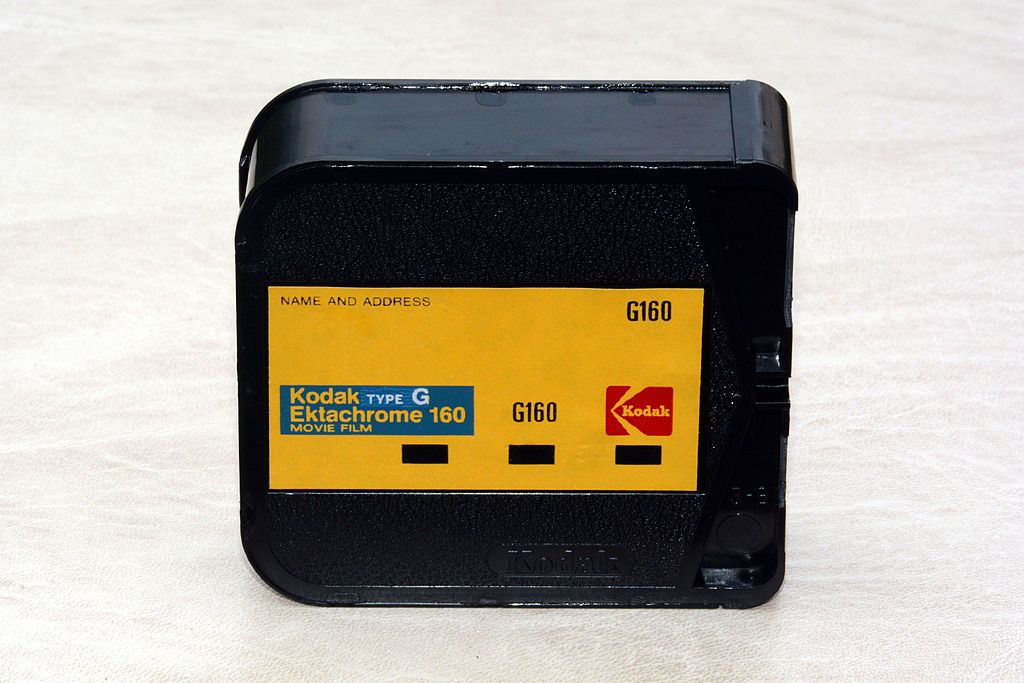 The arrival of video

With the arrival of consumer video technologies like VHS, Betamax and Video2000 in the late 1970s and early 1980s, home movies spread more widely. Also the contexts and possibilities of display changed. The video cassette recorder became part of the household media ensemble and the television set gradually replaced the film projector as a screening apparatus.

Video technologies generated a new sense of immediacy with their extended recording time, ability to record sound and image synchronously, and possibility to instantly replay or erase recordings afterwards. This last affordance was particularly useful for the professional broadcasting industry, which deployed video technologies already since the 1950s and early 1960s. The possibility to (pre-)record television programs on electro-magnetic tape, for instance, fostered cheaper and more efficient forms of television production and broadcasting. 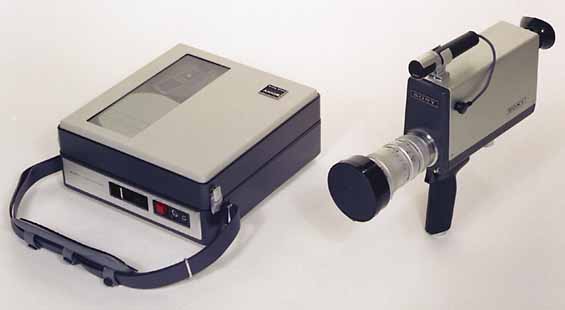 The first video cameras for amateurs became available already by the late 1960s. Sony, amongst others, released the “portapak” video recording system. It would take until the mid-1980s before the first camcorders arrived, which integrated the previously separated video camera and recorder into one recording system. Besides a technological change, the camcorder brought about a perceptual change: whereas video technologies were initially seen as complementary to film-based recording technologies, suddenly they became an alternative to the film camera.4

Nevertheless, video recording and screening technologies were not automatically accepted by the established amateur film world. Especially video’s inferior image quality compared to the filmic image and the (initial) lack of montage possibilities disqualified video as alternative to film for many years. The so-called “video boom” of the late 1980s and early 1990s, however, let to the increased appropriation and gradual acceptance of video as amateur medium, especially at home.

With the mass dissemination of digital recording technologies in the late 1990s and 2000s, home movie practices were no longer bound by the private or domestic domains, but increasingly entered the public spaces of diverse Internet and social media platforms like YouTube, Facebook and Twitter. Along with this shift in memory staging – from private to public – the question can be posed subsequently whether digitally produced memories have not exchanged their archival value for more performative forms of exchange.

Digital recording technologies evoked a shift from private to public forms of memory staging and led to an increased multimediality of memory practices.

In addition to these more performative or even ephemeral memory practices, new cultures of “retromania” or “technostalgia” have emerged which paved the way for the re-use and re-appreciation of past media technologies, like Polaroid and Super 8 film cameras.5 This dynamics between old and new, digital and analogue, reflective and restorative characterizes the increased hybridity, convergence and multimediality of memory practices in the contemporary digital age.

In my research, I have studied these changes and transformations in media technologies and home movie practices from a long-term historical perspective. Most academic scholarship on home movies, however, is focused on film-based recordings – generally covering the period 1920-1980.

The large neglect of video and digitally produced amateur or home-made footage by both academics (and archivists) is problematic, because it produces a gap in our audio-visual cultural heritage and withholds the historical understanding of more recent and contemporary mediated memory practices. One of the aims of this study has therefore been to raise historical awareness on the importance of collecting and preserving amateur films, videos and digital material as well as their technological equipment for future generations. (See in this context also the media archaeological experiment Staging the Amateur Film Dispositif.)

To prevent a growing gap in audio-visual cultural heritage, we should collect and preserve home movies and videos for future generations.

More information about my research can be found on my personal research blog.

International conference on 13-14 October 2022 at the Luxembourg Centre for Contemporary and Digital History (C²DH).
Thinkering