Lorella Viola and Machteld Venken (C²DH) organised the panel series “Doing Historical Research on Migration in the Digital Age: Theories, Concepts and Methods” at the International Migration Research Network Annual Conference (IMISCOE) on 7-9 July 2021 at the University of Luxembourg. The aim of the panel series was to explore how digital technologies have impacted migration history research.

The development and use of digital tools are giving rise to the use of new research methods; accordingly, there is a wide range of digital approaches that complement or challenge more traditional methodologies for researching migration. The ever‐growing availability of digital data, including digitised repositories and archives, has prompted new research questions. The aim of the panel series was to explore the impact of such digital methodological approaches and tools on migration research, with a specific historical focus. In line with the theme of the 2021 IMISCOE Annual Conference, “Crossing Borders, Connecting Cultures”, the panel series concentrated on theories, concepts and methods in historical research on migration through the lens of digital technologies. It brought together prominent international researchers in the field of migration to explore tools and practices of digital historiography and show how digital methods can be used to provide fresh insights.

The first session, “Administrating migration”, focused on administrative archived sources and how these facilitate the study of still under-researched aspects of post‐war international migration flows. Gunnar Thorvaldsen from the Arctic University of Norway began by discussing the development of the Historical Population Register (HPR) of Norway covering the period from 1800. The register combines cross-sectional and vital records with censuses and church books from both Norway and the United States into an integrated database that can be used to carry out longitudinal studies of migrants’ histories. Thorvaldsen explained how the collection can be explored through record linkage algorithms which are based on similarities in criteria such as names or birth years. The results of such enquiries can reconstruct a probable life course despite existing data gaps. Machteld Venken and Arnaud Sauer from the Centre of Contemporary and Digital History (C²DH) at the University of Luxembourg showed how map visualisations can serve as a means to evaluate the choices, difficulties and opportunities of developing quantitative data models for migration research. More specifically, they explored the challenges of building a resource that is detailed enough to include the specifics of individual migratory cases, while also allowing non-professional researchers to insert and interpret sources with ease. The case under study was migrants arriving in Luxembourg in the 1920s and the data source was the Luxembourg migrants’ residency declaration sheets. Through digital mapping, these records were used to reconstruct the complex journeys that brought individual migrants and their families to Luxembourg. The session ended with a presentation by Cristina Blanco Sío-López from the Ca’ Foscari University of Venice, who offered an insight into neglected digital historical archival collections such as policy documents of the European Parliament and oral history interviews with key decision-makers at European institutions during the 1980s that document the process leading to the Schengen Agreements in 1985. The author offered possible interpretative paths for a reconstruction of the process that paved the way for the current EU institutional and normative structure in matters of migration and mobility.

The second session, “Doing oral history digitally”, featured five scholars discussing the technical, methodological and conceptual challenges of researching the voices of migrants that for many years were not heard in hegemonistic views of heritage and history. Outi Kähäri from the University of Oulu and Kristel Edelman from Tallinn University examined memories of family separation by focusing on second- and third-generation individuals whose families’ pasts involved forced migration from the Soviet Union to a Nordic country after the Second World War. They showed how a well-established method such as oral history has been impacted by the digital turn, especially as a consequence of the COVID-19 pandemic. Marijke van Faassen and Rik Hoekstra from Huygens ING and KNAW in Amsterdam showed how connecting different types of information, including personal files in Dutch policy migration registration systems documenting Dutch emigrants to Australia, newspaper articles, and archival materials and oral sources composed or collected by migrants or their descendants, has enabled them to analyse how policy and migrant choices have interacted and influenced the changing (in)visibility of certain migrants over time. Koen Leurs from Utrecht University concluded the session by presenting a paper co-authored with Myria Georgiou from the London School of Economics about personal digital archives. These are repositories of either user-generated content, i.e. data purposefully created by users such as selfies posted on Instagram or voice messages on WhatsApp, or automated content, meaning data automatically logged by platforms and devices, such as geographical information. These materials are being increasingly studied as autonomous migrant archives documenting personal and situated histories of migration created as a record for the future. The authors emphasised the importance of the materiality of digital devices, which influences what is recorded before departure and during migration and settlement. 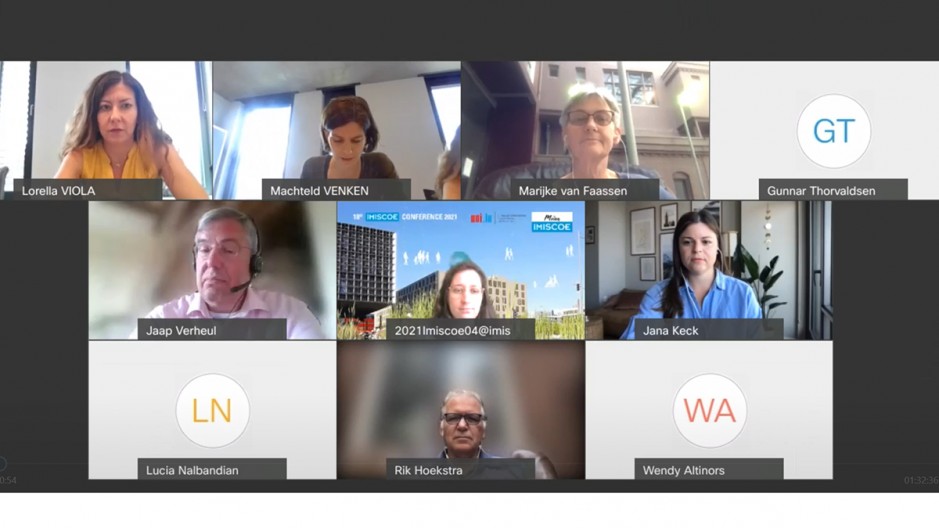 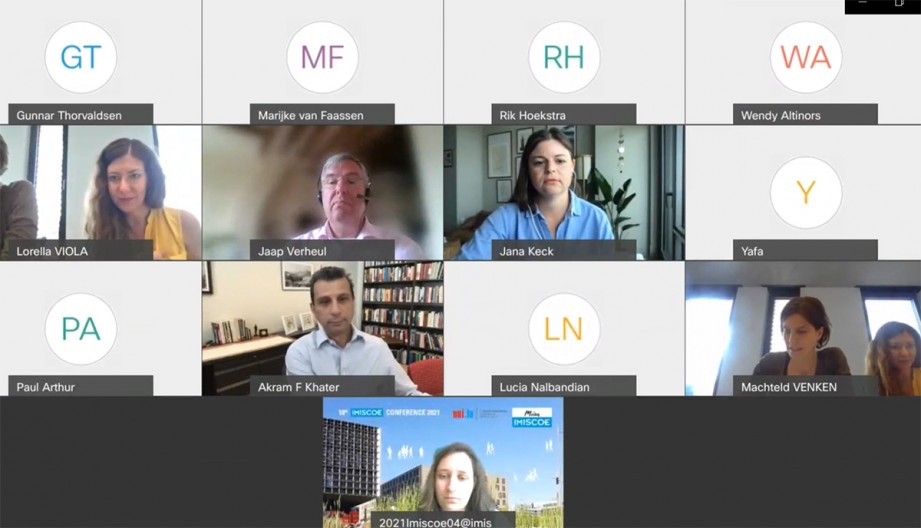 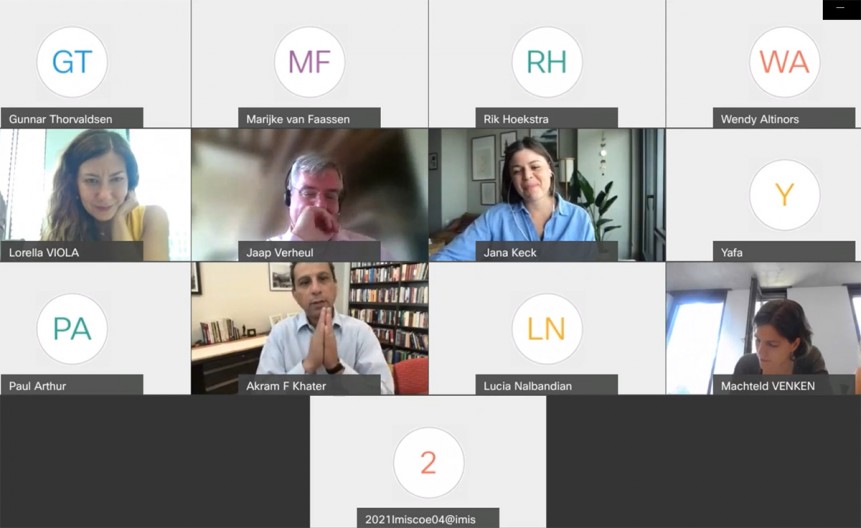 The last session, “Reporting on migration”, focused on the immigrant press, a phenomenon associated with mass migration to the Americas between the 1880s and the 1920s. On the basis of ongoing empirical research, the invited speakers presented the immigrant press as a valuable source of data for studying past narratives of migration and shared innovative research methodologies providing new insights into migrants’ role in the history of modern states.

Paul Arthur from Edith Cowan University presented an updated overview which explored the multiple possibilities for research offered by the ongoing digitisation and documentation of migration and cultural heritage sources and data. More specifically, he emphasised the role of ICT in fostering communities and preserving cultural heritage in home and host lands, as well as the value of using long-neglected sources, including the immigrant press. This contributes to research in digital epistemology by developing and applying digital methodologies to understudied sources and underrepresented languages, helping to correct archival biases and thereby encouraging further debate about diversity and language representation in DH scholarship. Arthur emphasised prospects for the integration and linkage of different kinds of data in order to create richer resources and infrastructures for advanced research and analysis of migrant histories. The possibility offered by digital technologies to explore the inner, socio-cognitive dimension of migration in immigrant press sources was the focal point of the contribution presented by Lorella Viola from the Centre for Contemporary and Digital History (C²DH), University of Luxembourg. Viola examined the role of radicalism as a community builder and identity construction mechanism among Italian migrants who arrived in the United States at the turn of 20th century. By combining entity extraction, sentiment analysis and discourse analysis, she showed the unprecedented opportunity provided by digital methods to analyse past migration dynamics, including how migrants defined themselves on the basis of social identity categories such as ethnicity and political affiliation and how their positioning was negotiated in their host environment. Akram Khater from the Khayrallah Center for Lebanese Diaspora Studies at North Carolina State University presented Saḥafa, the first searchable digital database of Arabic newspapers and books published in the United States between 1899 and 1970. Beyond showcasing the technical aspects (such as digitising dispersed microfilm or physical copies of early Arab American newspapers and the development of an Arabic OCR program rendering the scans into searchable text), Khater explained how Saḥafa allows us to map the flow of people, commodities and ideas across diasporic networks in new ways, helping to counter the fact that Arab Americans’ past has tended to be omitted from America’s formative narrative, despite Arab Americans having been citizens of the United States for nearly 150 years. Jana Keck from the German Historical Institute Washington showed how America’s digitised German‐language press can reveal patterns of intersections between multiple migrant networks and elucidate changes and continuities in migration experiences. Computers can reveal hidden patterns by means of text mining techniques and texts can be classified into different literary genres. Her further qualitative analysis of textual data within their historical and cultural contexts offers insights into the multifaceted dynamics surrounding the transfer of knowledge about migrants’ cultures of origin and departure, their mobility and their settlement process in the United States. It reveals how integration and the transnational traffic of ideas, goods, people and culture are neither incompatible, nor are they binary oppositions.

The contributions offered a meta-reflection on the role of ICT in fostering communities and preserving cultural heritage in home and host lands, enabling voices to be unsilenced, archival biases to be corrected, and traditional ties to be maintained and strengthened in ways that would otherwise have been impossible. As such, the panel made a timely and particularly valuable contribution to migration studies, offering an up-to-date overview of current theories, concepts and methods associated with migration research, a field that is becoming ever more digital.

Volume 6 in the series 'Studies in Digital History and Hermeneutics' published by De Gruyter Oldenburg.
News