The C²DH’s digital exhibition about the Great War in Luxembourg was officially launched on 19 April 2018 at a press conference attended by Luxembourg Prime Minister Xavier Bettel and the Rector of the University of Luxembourg, Stéphane Pallage.

The exhibition is the culmination of a research project that began in February 2016 with the support of the Ministry of State. Drawing on the collections and expertise of some of Luxembourg’s major museums, archives and cultural institutions, the project has progressively deepened and widened its scope with the aim of becoming a long-term digital resource.

The website is designed to engage a broad base of users with varying interests and degrees of expertise. It is available in three languages (French, German and English) and offers four independent but interconnected modes of navigation: a story-driven mode, a digital archive, an interactive geo-referenced map and a timeline. Additional sections contain educational pages for schools and downloadable academic articles.

The overall structure of the exhibition remains flexible and open so that it can be constantly enriched with new material, whether provided by institutions or crowdsourced. 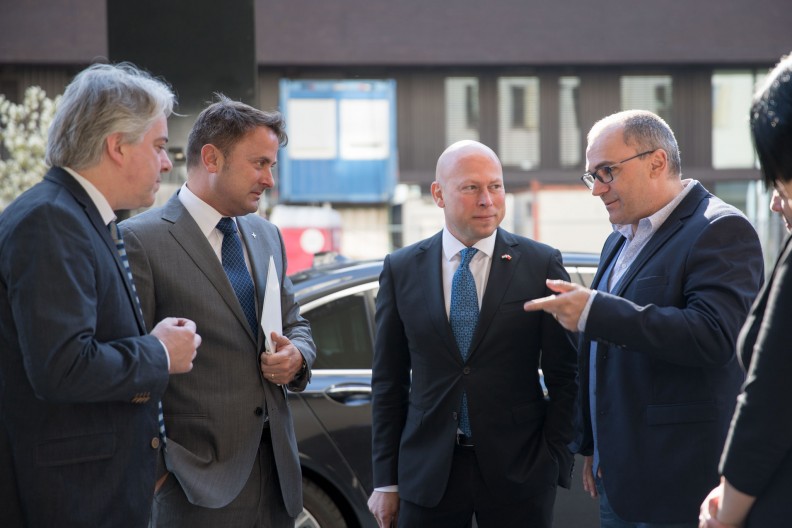 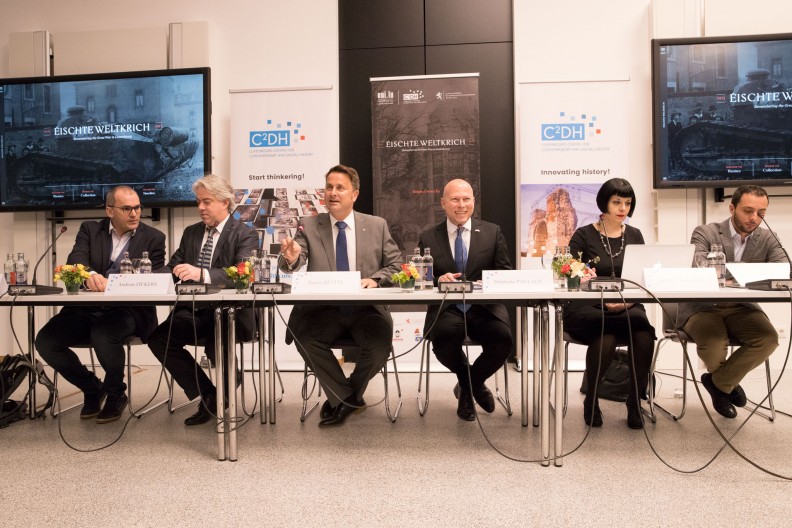 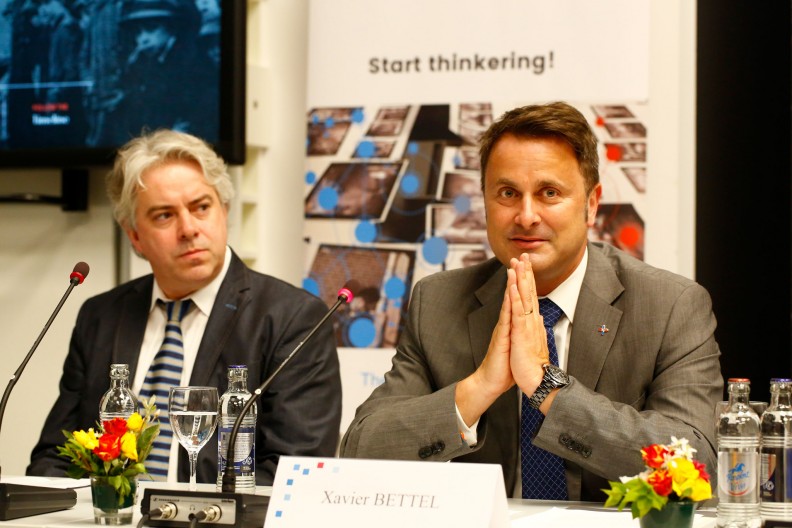 The Prime Minister opens the conference. 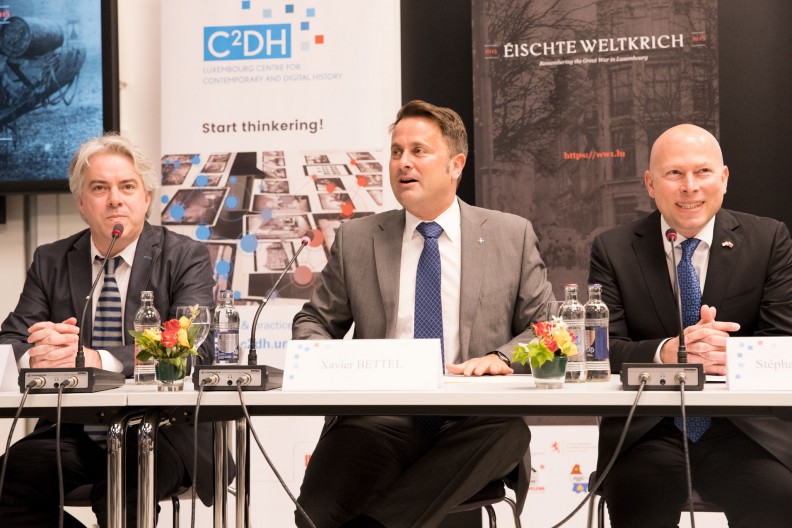 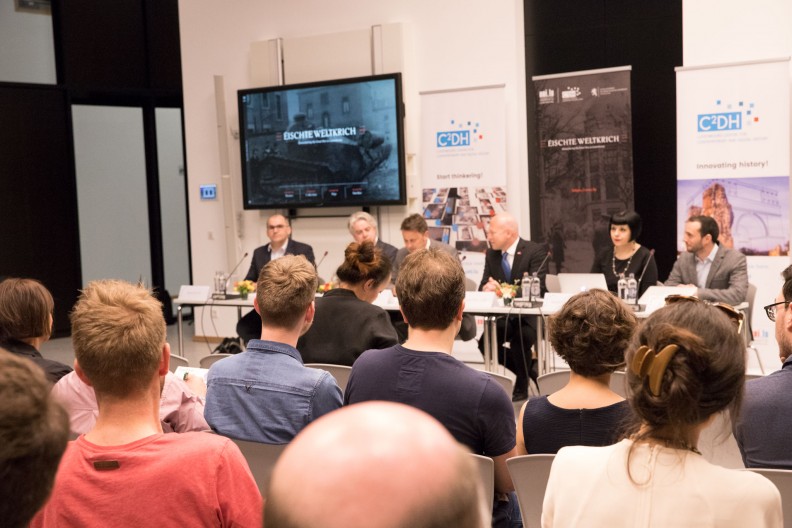 The press conference was well attended. 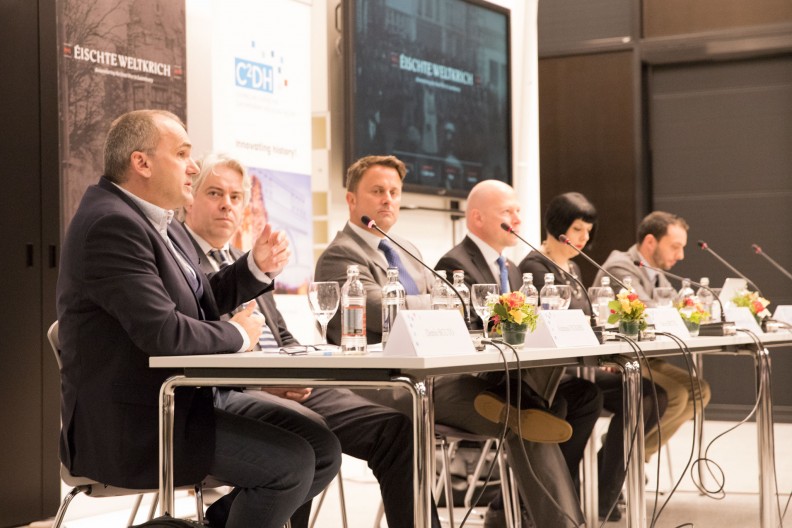 Denis Scuto presenting the challenge of studying World War One in Luxembourg. 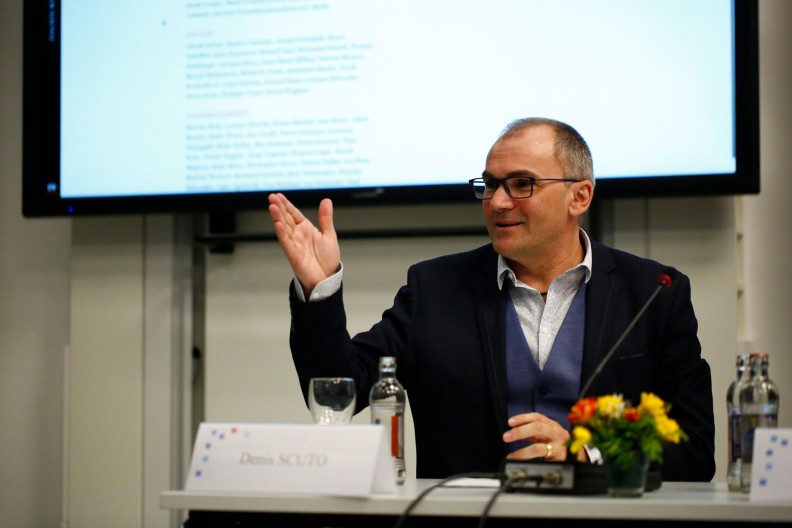 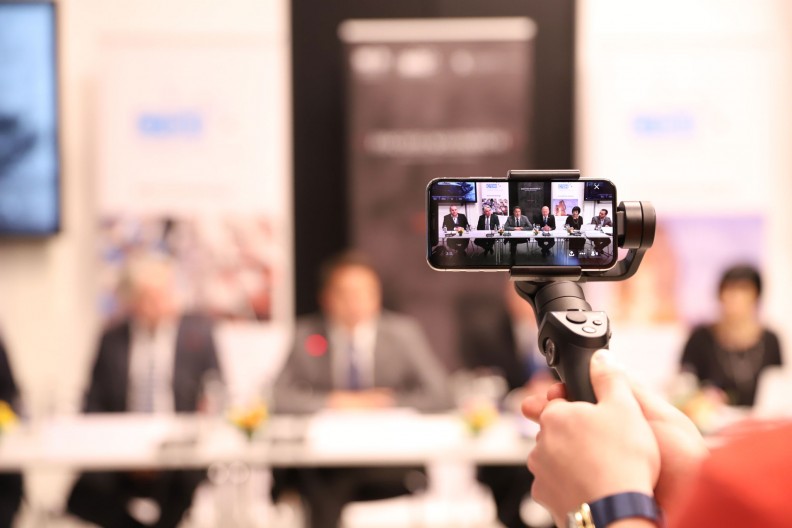 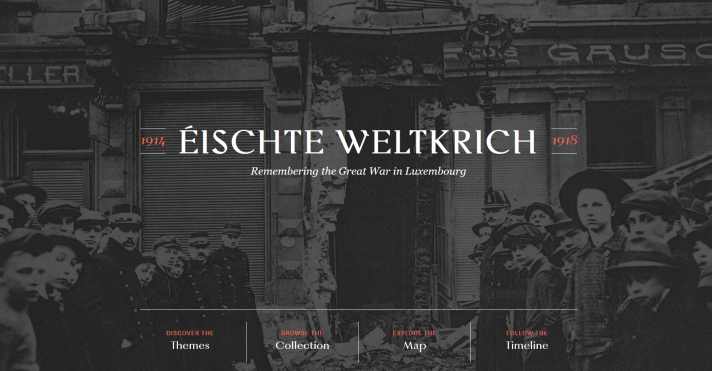 The exhibition « Légionnaires » is the outcome of a collaboration between the C²DH and the Musée Dräi Eechelen, bringing together the results of a quinquennial investigation on the Luxembourgers in the French Foreign Legion.