Under the term “digital history”, historians have experimented with tools, concepts and methods from other disciplines, mostly computer science and computational linguistics, to benefit the historical discipline. The collaboration that emerges through these experiments gives rise to what might be described as a two-sided uncertainty: historians are uncertain as to how they should use digital methods, and computational experts are uncertain as to how digital methods can be applied to historical datasets. Within this uncertainty there is the opportunity for historians and computational experts to work together to negotiate the methods and concepts under development. 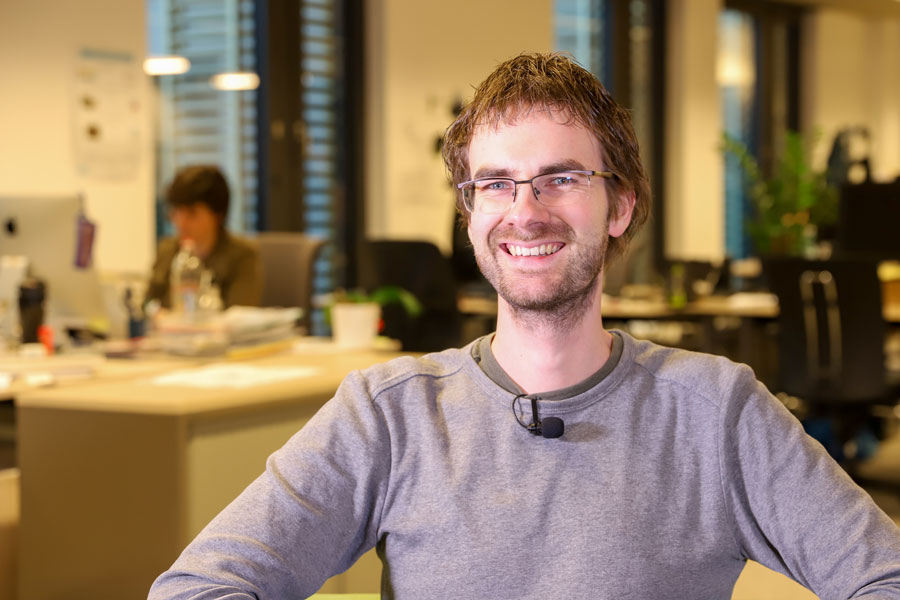 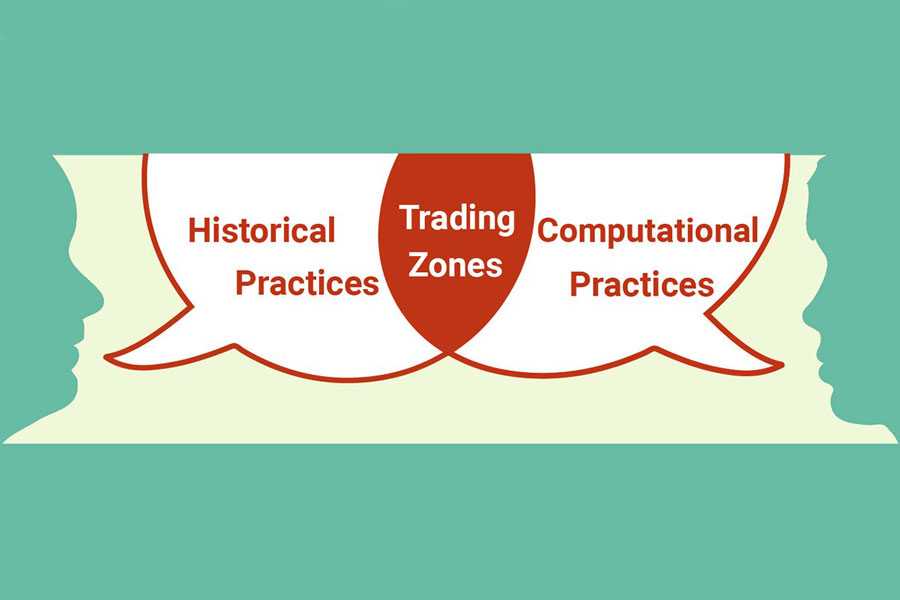 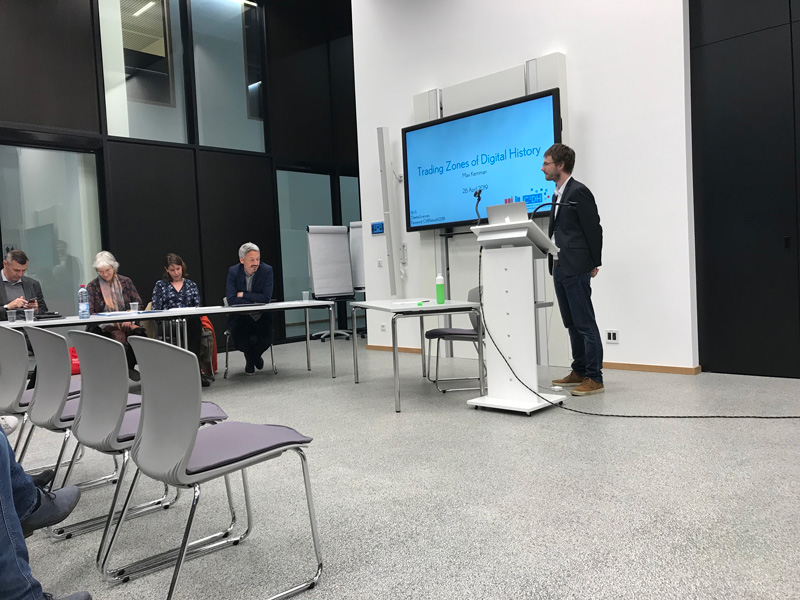 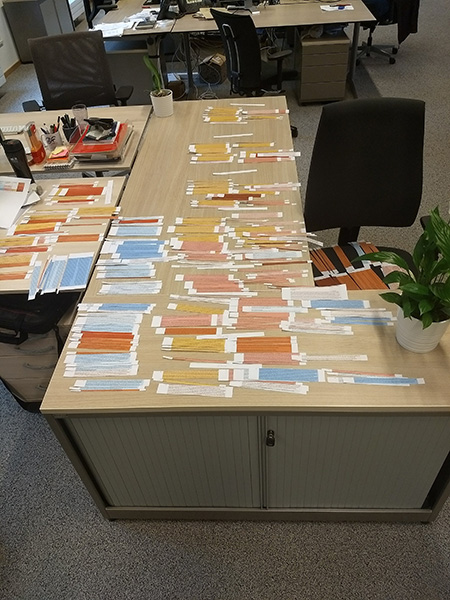 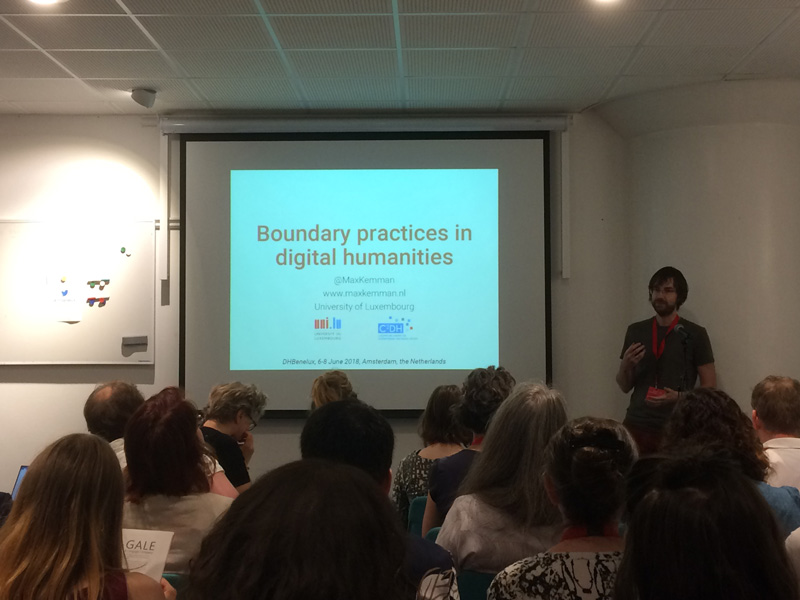 In his PhD research, Max Kemman analysed these negotiations as trading zones, or local spaces of negotiation. The negotiations can be characterised as a duality of boundary practices: first, boundary crossing – crossing boundaries between disciplines, discourses and institutions to collaborate; and second, boundary construction – establishing boundaries to delineate groups and communities so as to preserve disciplinary values and retain a recognisable community of practice. The balance between boundary crossing and construction, the question of whether boundaries are shifted and the extent to which historians’ practices are transformed by continued interaction with computational experts are open questions that demand closer scrutiny.

Max Kemman investigated this topic through a mixed-method, multi-sited ethnographic approach, consisting of an open online questionnaire which received 173 responses, observations at the University of Luxembourg, 37 interviews and a topic modelling analysis of a decade of blog posts from 73 historians. Through these approaches, he examined trading zones as configured by three different dimensions. First, connectedness, the extent to which collaborators connect with one another through physical proximity, communication and the sharing of practices. Second, power asymmetry, the extent to which participants shape their own field of action as well as the fields of action of their collaborators. Third, cultural maintenance, the extent to which collaborators become more alike or stay apart by adopting new practices or displacing previous practices. He thereby provides an empirical and critical view on digital history grounded in how it is conducted and negotiated.

On a macro level, referring to the global historical discipline, he concludes that methodological approaches developed in local trading zones have rarely extended to become macro solutions. Insofar as digital methods were appropriated in the macro community, these were aligned with traditional practices. Rather than transforming historical scholarship, the challenge was to provide tools and databases congruent with existing values and practices.

On a meso level, referring to the historians engaged in digital history trading zones, he concludes that the effect of interactions was dependent on individual decisions and incentives. Some historians experimented with or adopted computational practices and concepts. Yet other historians detached their work from the shared objective of collaboration in order to reduce risks and maintain disciplinary practices. The majority of participants in trading zones were scholars from the humanities, physically distant from their collaborators, communicating more often with disciplinary peers than with cross-disciplinary collaborators. As such, even when participating in trading zones of digital history, a significant number of historians remained aligned with traditional practices.

Finally, on a micro level, some historians chose to engage intensively with computational experts. These individuals, who exemplify significant shifts in practices, are referred to by Max Kemman as digital history brokers. Brokers conducted project management; coordinated practices from fields associated with archival and library science such as data collection, transformation and description; learned about the potential and limitations of computational technologies and where to apply them; employed inter-languages to translate between the different collaborating fields; and finally transformed historical questions into infrastructural problems. It is these brokers who are central to developing digital history.

After the successful defence of Max Kemman’s PhD thesis in April 2019 it was recently accepted for publication as a book in the Digital History & Hermeneutics series to be published by De Gruyter and the C²DH.

The Digital History Advanced Research Projects Accelerator (DHARPA) adds a new dimension to the research activities of the C²DH by focusing on R&D. → read more

Media Monitoring of the past

Using text mining and data visualisation to open up collections of digitised historical newspapers for research. Since its launch in 2017, impresso has developed a methodologically-reflected technological framework to enable new ways of engaging with the multilingual digital content of historical newspapers and new approaches to address historical questions. → read more

Confronting the Digital Turn in the Humanities

As a result of the “digital turn”, the humanities are currently in a process of rapid transformation, with consequences that reach far beyond the confines of academia. → read more

Technological Pasts in the Digital Age

Forum Z or the interaction of the C²DH with the public The aim of the Forum Z (Z for Zeitgeschichte or contemporary history) series is to promote a critical, open debate on topical issues in contemporary Luxembourgish and European history. The hundredth anniversary of women’s right to vote in Luxembourg was an anniversary not to be missed! While the National Museum of History and Art (MNHA) marked the anniversary with a major exhibition on universal suffrage, this Forum Z used it as a starting point for a broader reflection on what has changed for women over the past century. → read more