Pierre Werner and Luxembourg: a vision for Europe

On Friday 24 May 2019, Casa Luxembourg Sibiu hosted the academic event 'Pierre Werner and Luxembourg: a vision for Europe'.

Held under the joint patronage of Jean-Claude Juncker, President of the European Commission, and Xavier Bettel, Prime Minister of Luxembourg, the event was organised by the Luxembourg Embassy, the Honorary Consulate in Sibiu and the Luxembourg Centre for Contemporary and Digital History (C²DH), together with their partners the European Merit Foundation (Luxembourg), the Pierre Werner Foundation under the aegis of the Fondation de Luxembourg, the publisher Palgrave Macmillan, the University of Luxembourg’s Robert Schuman Initiative for European Affairs and Lucian Blaga University of Sibiu.

In his opening address, Daniel Plier, Honorary Consul of Luxembourg to Sibiu, spoke about the long-standing close ties between Luxembourg and Romania, and especially Luxembourg and Sibiu – as notably illustrated by their cooperation as joint holders of the title of European Capital of Culture in 2007. Thanking the partners listed above, he also mentioned the contribution made by the Luxembourg Embassy in Athens and the Romanian Embassy in Luxembourg to the organisation of the academic event. He then emphasised the significant European backdrop against which the event was taking place, shortly after the informal European Summit held on 9 May in Sibiu by the Council of the European Union and on the eve of the European elections, and stressed that this was an opportune moment to look back at the beginnings of European integration and to remember the ideas and actions of those who played a prominent role in the building of a united Europe – including Pierre Werner and the country of Luxembourg. 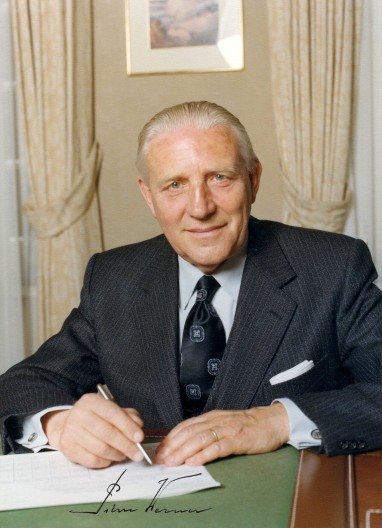 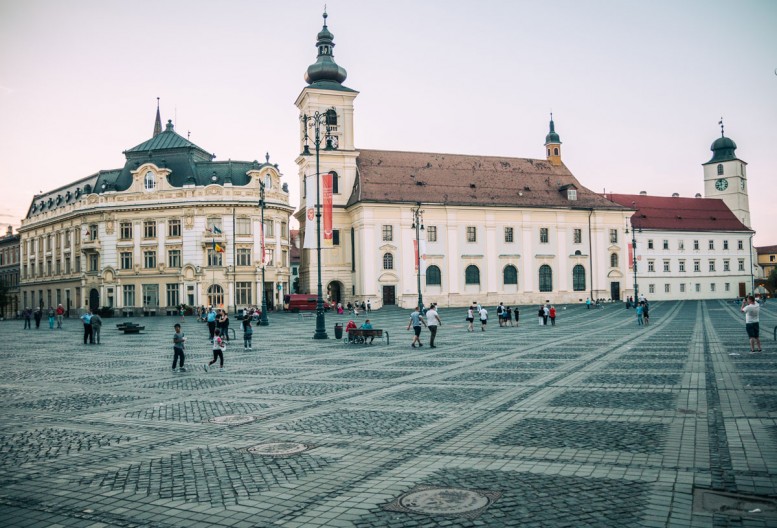 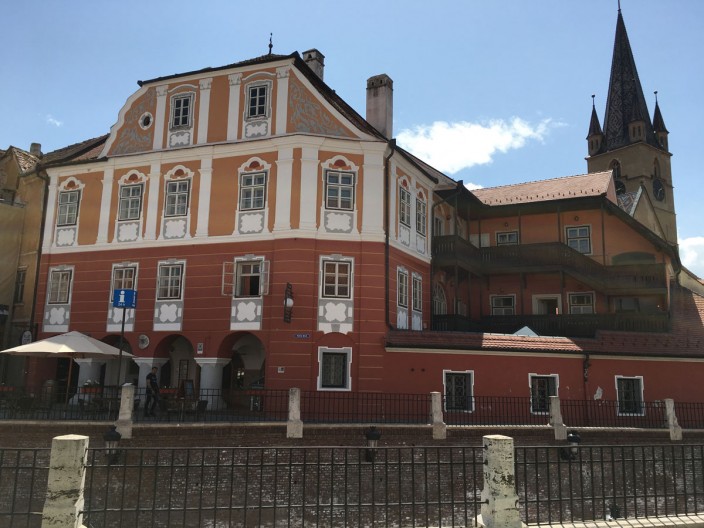 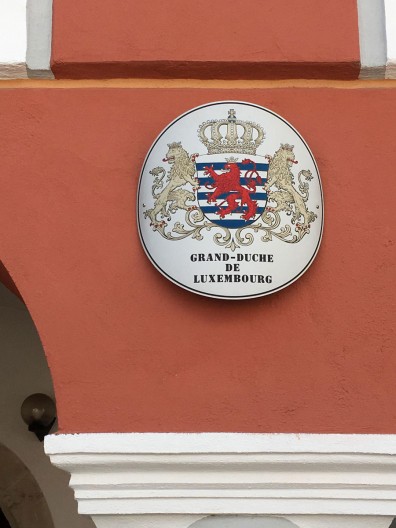 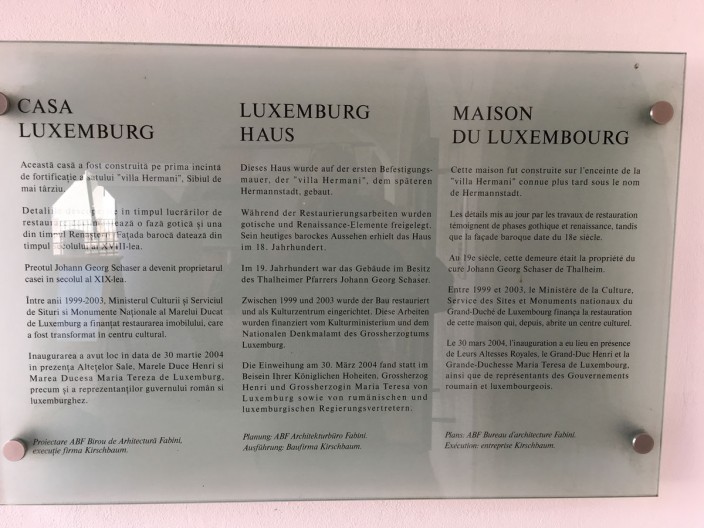 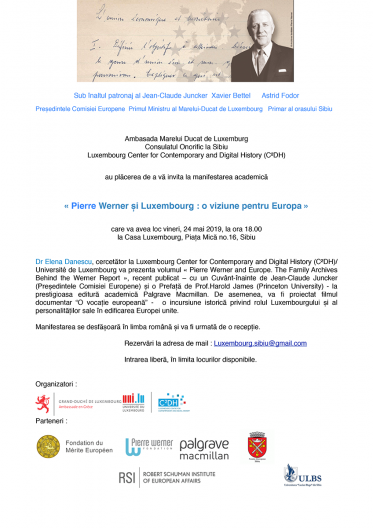 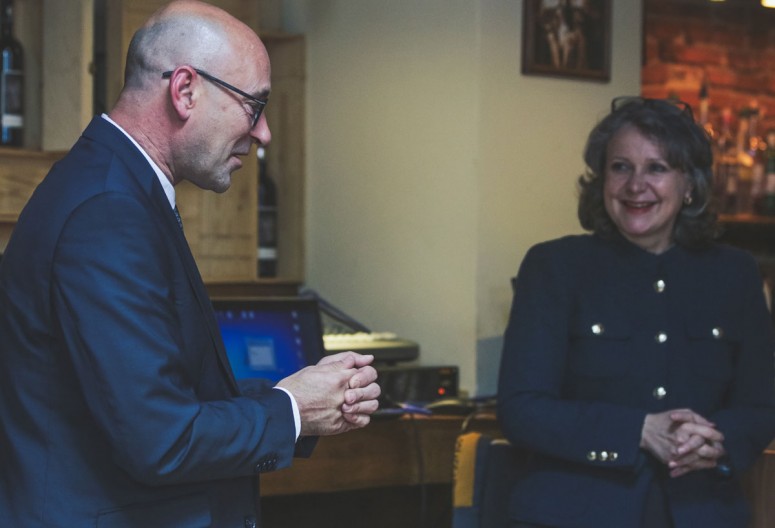 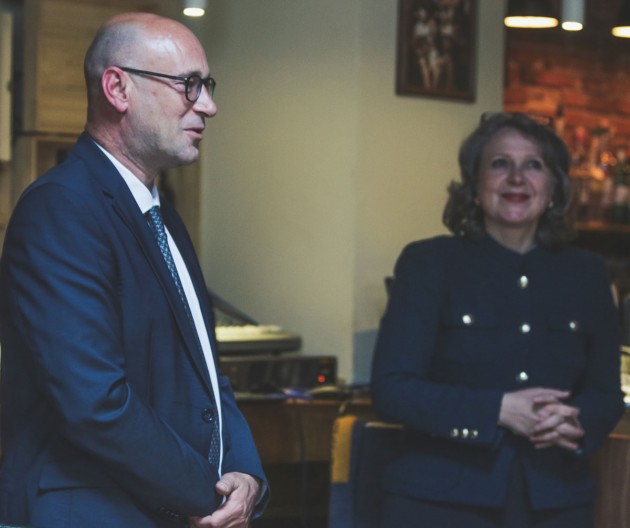 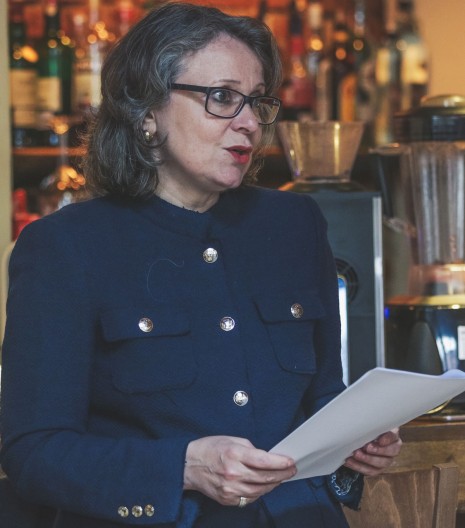 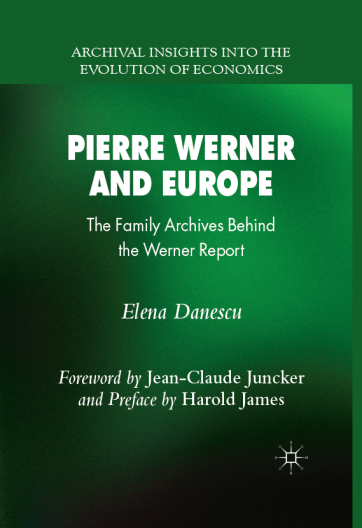 “Pierre Werner and Europe. The Archives Behind the Werner Report” © Palgrave Macmillan 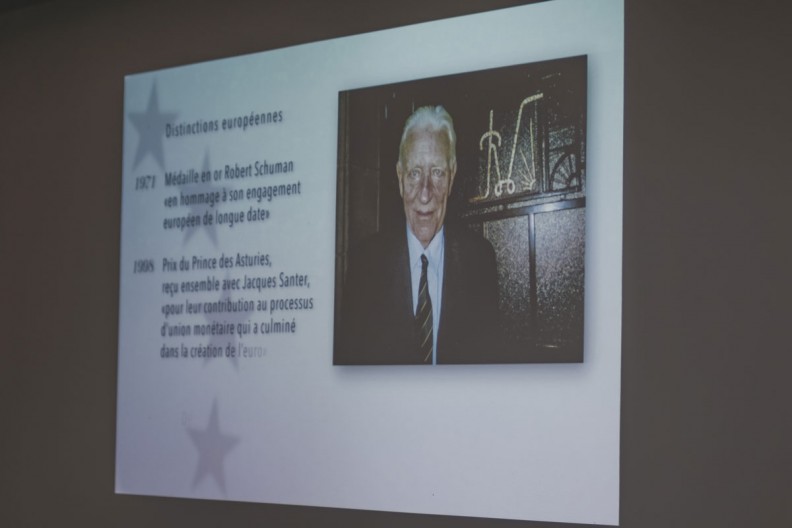 Dr Elena Danescu, a Research Scientist in the Luxembourg Centre for Contemporary and Digital History (C²DH) at the University of Luxembourg, then presented her book “Pierre Werner and Europe. The Archives Behind the Werner Report”, containing a foreword by European Commission President Jean-Claude Juncker and a preface by Professor Harold James from Princeton University, recently released by the prestigious academic publisher Palgrave Macmillan.

This book, the result of a multidisciplinary research project based on the exploration of Pierre Werner’s family archives – opened for the first time for research purposes –, as well as various international archives and a series of original oral history interviews, looks back at the career and achievements of a man who was Prime Minister and Finance Minister of Luxembourg for many decades, leaving his legacy on the future of his country and the European integration process. Many of the bold initiatives he pioneered – including diversifying and expanding Luxembourg’s economy, promoting the country to the status of an international financial centre, developing the audiovisual industry via the satellite project, laying the foundations for an economic and monetary union in Europe and developing a culture of social dialogue and consensus – were subsequently taken up by his successors.

By way of conclusion, the documentary film “A European vocation”, based on excerpts from original interviews with key European figures and previously unpublished international archives, was shown.

The event was a huge success with the audience, composed of prominent members of cultural, academic and civil society organisations and journalists from the main media outlets in Sibiu.

“A political achievement is never the result of the intelligence or desire of a single man. A political leader must above all serve as a catalyst for the energies of those around him, those who assist him in the pursuit of a major goal. I believe in the greatness of politics when it is underpinned by the desire to bring people together.”

Elena Danescu of @C2DH_LU is launching her new book Pierre Werner and Europe: The Family Archives Behind the Werner Report tomorrow at Casa Luxembourg Sibiu in Romania. get your copy of the book here: https://t.co/0igXTGEhxW pic.twitter.com/Vu12etosiE